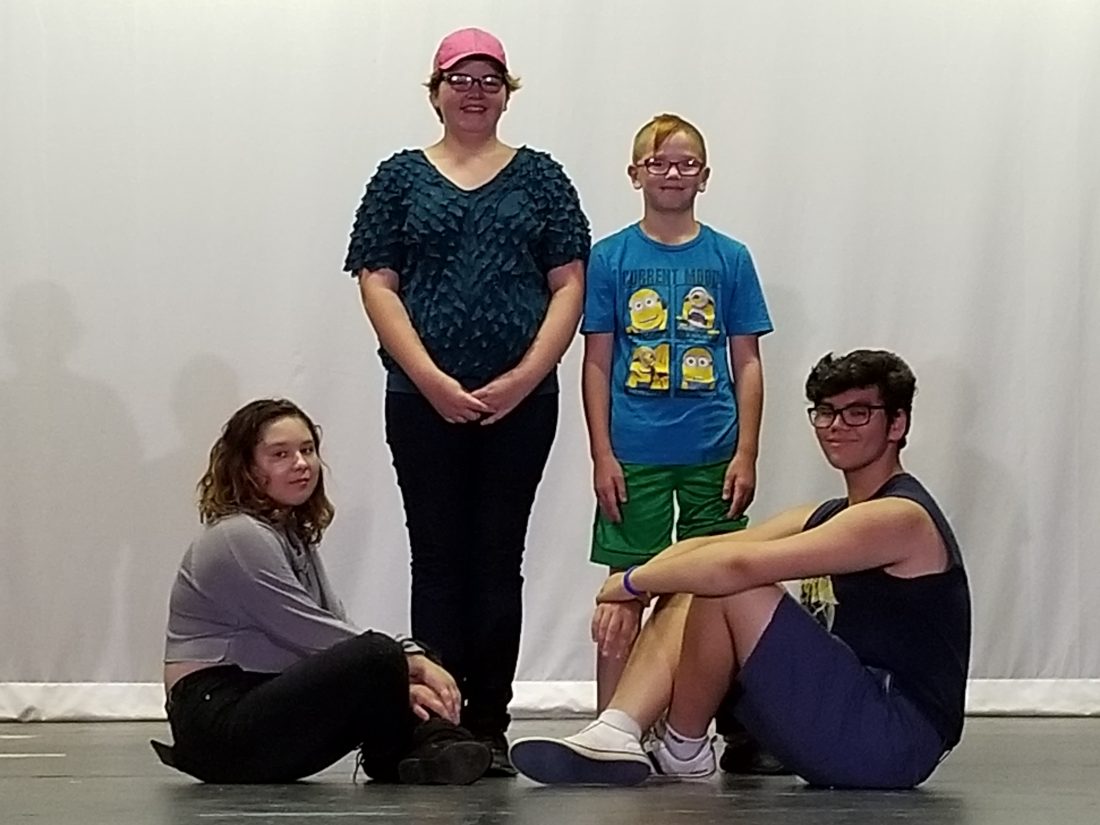 Cast members of “The Little Mermaid Jr.” include, front row from left, Alyssa Boggs and Will Paolella; and back row, Makayla Salisbury and Willy Salisbury.

This classic Disney title contains all of the songs from the Academy Award-winning animated feature film as well as three new songs from the Broadway show.

“The Little Mermaid Jr.” takes place in a magical kingdom beneath the sea, where a beautiful young mermaid named Ariel longs to leave her ocean home to live in the world above. But first, she’ll have to defy her father, the king of the sea, escape the clutches of an evil sea witch and convince a prince that she’s the girl with the perfect voice.

As much of the story takes place on or under the sea, Ariel has a lot of nautical friends and foes. Justice Robinson portrays Ariel, with Destiny Robinson as the evil Ursula. Sailing the sea are William Paolella as Prince Eric; Victorino Valentin as his minion, Grimsby; Nathan Schramm as the Pilot; and Helena Long and Jourdan Schramm as Sailors. The Eels, Flotsam and Jetsam, are Fay Salisbury and Simon Cannizzaro. The Seagulls are Talan Chambers (Scuttle) with Lindsey Barcus, Carleigh Jo Cochran, Arielle Yost, and Makayla Salisbury. Sebastian, as Crab, is played by Serenity Strother. And Creatures of the Sea include Meadow Smith, Jayden Long, Aubrey Parsons, Alice Dietrich, Kayden Renner, Joellen Witschey, and Evan Mace.

Tickets are now on sale. Reserved seat can be purchased online at www.artslinkwv.org. General admission tickets will be available at the door. All tickets will also be obtainable by calling the ArtsLink office at 304-455-2278.

For more information or to preregister, please call the ArtsLink office at 304-455-2278.