DeFrancis’ Film Out On DVD

Just in time for Halloween viewing, “Ruin Me,” a horror movie co-written and directed by Wheeling native Preston DeFrancis, will be released Tuesday on DVD, Blu-Ray and video on demand by RLJ Entertainment.

Previously, the film has been available exclusively on Shudder, the premium streaming service dedicated to horror films.

DeFrancis has been told that his feature film debut will be sold in stores and online. It also will be available on iTunes, Amazon Prime video on demand and other VOD platforms.

“Ruin Me,” which was selected for screening at 19 horror film festivals in 2017 and 16 festivals in 2018, received numerous awards at those venues, including best feature film, best screenplay, best directing and best actress.

DeFrancis attended the world premiere of the film at two of the world’s best genre festivals: FrightFest in London and BiFan in Bucheon, South Korea. He traveled to many U.S. cities, including Austin, Portland, Seattle, Indianapolis, Fargo and Cleveland. A special night was the premiere in Los Angeles at Hollywood’s Chinese Theatre.

He said his horror movie is adult in nature and appeals to “Friday the 13th” fans.

DeFrancis, who lives with his wife Becca in Los Angeles, has been in Pittsburgh the past few months working on season two of “Manhunt,” a television series based on real hunts for infamous criminals. The first season, featuring the Unabomber’s story, is available on Netflix.

He is the son of Patricia and Robert DeFrancis of Wheeling. He is a graduate of Wheeling Park High School, Case Western Reserve University and the University of Southern California’s prestigious film school.

West Virginia Poet Laureate Marc Harshman of Wheeling, West Virginia author Meredith Sue Willis and author Valerie Nieman of North Carolina have been invited to give a reading at the McNally Jackson Bookstore in New York at 7 p.m. Wednesday.

The presenters are identified as “Writers of the Appalachian Renaissance.”

In describing the event and the writers’ role, bookstore officials stated, “They will be reading from their latest books and leading a discussion covering how the region has been damaged both by extractors of natural resources and by humiliating and misleading stereotypes of hillbillies and incest.

These writers represent a generation that claims its right to use Appalachian folkways and an Appalachian world view to comment on history, society and culture at large.”

DEAR ABBY: I have met the most remarkable woman, but after eight months of serious dating, I have realized that she ...

DEAR ABBY: My husband of 43 years, an alcoholic, has started going to the local grill/bar in our small town. He ...

Dear Heloise: When my son came home for a visit, I made your Shrimp Dijon and he loved it! I have misplaced the ... 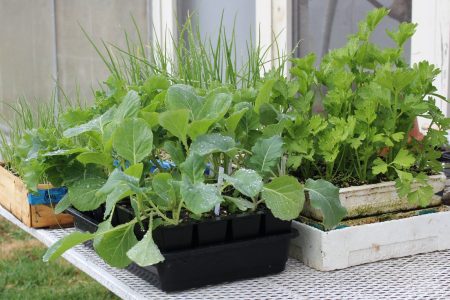 DEAR ABBY: I am dealing with the worst heartbreak ever. I don't know what I did to make my boyfriend stop liking ...