DEAR DR. ROACH: My husband is on oxygen, and he won’t take the mobile tank while he is outside. Will being on oxygen give him longer life? — M.K.

ANSWER: Many causes of chronic lung disease lead to low oxygen levels. If the resting oxygen level is low (less than 89% oxygen saturation), then oxygen is usually prescribed. Oxygen may also be prescribed for people whose oxygen level drops significantly during exercise, and in people with complications of low oxygen levels. There have been several studies looking to see whether oxygen therapy will give people a longer life.

I hope your husband agrees to using oxygen while outside. There are several types of devices to provide supplemental oxygen, some of them very small and portable, with many under 5 pounds.

DEAR DR. ROACH: With great interest, I read your recent article about small cell lung cancer and the connection to the brain. My husband died from small cell lung cancer in 2014. He was a very clear thinker, but gradually acted very strangely over the two years he lived with the disease. There was never a cancer check of his brain.

Can the cancer actually START in the brain and metastasize into the lungs? How long does it take to wander from the lung to the brain? — A.

ANSWER: I am sorry about your husband. It can take a very long time before you can look back on the life of a person you loved with more joy and less pain.

Cancers often start in one organ and spread to another. Depending on the type of cancer, the pattern is usually reliable. However, there are some tumors that metastasize (this means to spread, from the Greek roots for “change” and “placement”) in ways that are surprising. For example, stomach, intestinal and even breast cancers can metastasize to the ovary, which is then called a Krukenberg tumor.

In your husband’s case, the fact that it was small cell cancer absolutely confirms its origin in the lung. It would be extremely rare for a pathologist to miss the diagnosis. Seventy percent of small cell lung cancer has already spread outside the lung by the time it is diagnosed: The liver, brain, adrenal glands and bone marrow are common sites for metastatic disease. Had his doctors suspected metastatic disease to his brain, he would likely have been recommended radiation therapy to the brain.

Dr. Roach regrets that he is unable to answer individual letters, but will incorporate them in the column whenever possible. Readers may email questions to ToYourGoodHealth@med.cornell.edu or send mail to 628 Virginia Dr., Orlando, FL 32803. 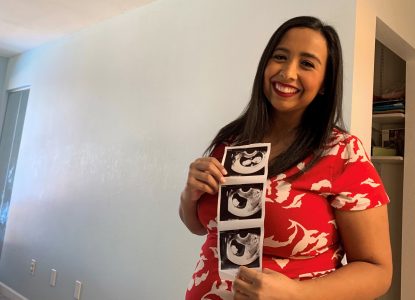