A meeting of youth-oriented minds took place on Tuesday in Wheeling during the inaugural session of the new Youth Services System emeritus board.

The Youth Services System board of directors has recognized those individuals who have shown long-time interest and commitment in the nonprofit agency’s young clients. During the meeting at the Hazel-Atlas building in East Wheeling, the emeritus board members were recognized by board chair Marc Abraham, who gave them an update on the agency’s work, while CEO John Moses shared the agency’s annual report. In addition, three current or former program participants related their stories to the group.

Members of the emeritus board are:

— The Rev. Gary Beale: One of the founding incorporators of Youth Services System; served for 17 years on the board, including as chair; former executive director of the House of the Carpenter for 42 years; United Methodist minister.

— The Rev. Robert Johnson: Service for 15 years on YSS board and as chair, United Methodist minister.

— George Smoulder: Service for 31 years on the YSS board and as treasurer and vice chair; director of Catholic Community Services (now Catholic Charities) for 29 years; United Way executive director.

— Brenda Thomas: YSS supporter since 1975; partner at Cornerstone Group; sister of the late Lary Loew who was a 2012 Good Samaritan; teacher in Ohio County Schools for 22 years. 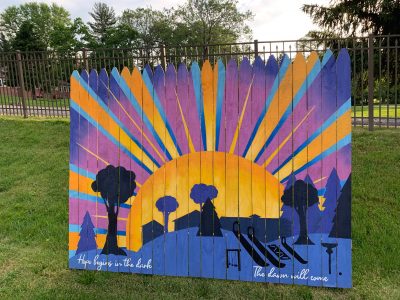