The 19th Hole in Wheeling Offers Great Food and Entertainment 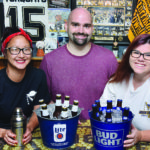 WHEELING — Wings, hoagies, cheese fries, chicken tenders and cheese sticks are just a few of the many popular menu items that have made The 19th Hole such a popular bar and grill for more than two decades, according to Owner Angie Szalay. In addition to great food the Woodsdale eatery, with a new exterior look, offers great entertainment.

“It’s been here for a long time. … “We are known for our wings. They are always fresh,” Szalay said. They offer 18 different wing sauces, including: ranch, blackened medium, honey BBQ, Hole in One and General Tso’s flavors. She said they also offer 16 delicious “oven baked” hoagies selections as well.

The 19th Hole first opened in 1998. Szalay managed the business from 1999 until 2012, when she decided to buy the business. Szalay said while she has made some minor changes over the last few years, for the most part she has felt “if it’s not broke, you don’t need to fix it.” She said she has added only a few different items to the menu and has added a variety of lunch and beverage specials over the past few years.

The sports themed bar and grill is decorated primarily in WVU, Steelers, Pirates and Penguins decor with plenty of flat screen TVs to watch your favorite sports channel.

Szalay said The 19th Hole also supports local musicians as they host live music from 8-midnight every Thursday, and 6-8 p.m. every Friday. They are host to well-known local names such as the Tim Ullom Band, Hit Play, Jim Berze and Brett Cain. In addition, they offer brunch every Sunday from 10 a.m. to 1p.m., with a Bloody Mary and mimosa bar set-up till 2 p.m. Their popular “Wing Night,” is offered every Monday eveing.

The 19th Hole is located at 780 National Road. For more information about lunch specials or their entertainment schedule call 304-232-9464. 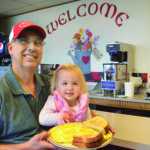 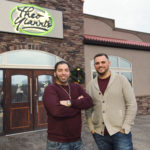 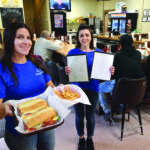 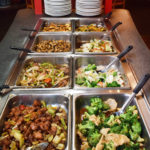 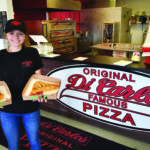 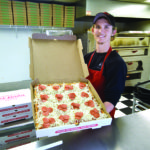