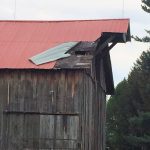 WELLSBURG — The Brooke Hills Playhouse will postpone the opening of their 48th summer season until the weekends of June 14-16 and 21-23, while the pre-Civil War apple barn undergoes repairs from damage caused by a recent wind storm.

According Julia Barnhart of Wellsburg, president of the Brooke County Arts Council, the Playhouse’s parent organization, the decision to change the schedule was made after an inspection of the facility revealed the extent of damage to the structure.

“Then we’ll extend the season through the weekends of Sept. 20-22 and 27-29,” Barnhart added. The original season opener, Ken Ludwig’s comedy, “Lend Me a Tenor,” will run the those weekends. The rest of the season will run as scheduled originally.”

Those productions and dates are: “Mama Mia,” featuring the music of ABBA, with a book by Catherine Johnson and music and lyrics by Bjorn Ulvaeus and Benny Andersson, running the weekends of July 5-7 and 12-14; “Snow White and the Seven Dwarfs,” adapted by Michele L. Vacca from the beloved Grimm Brothers fairy tale, to be staged July 26-28 and Aug. 2-4; and John Patrick’s comedy, “A Bad Year for Tomatoes” to be presented Aug. 16-18 and 23-25.

As was the case last season, performances will be Friday and Saturday evenings at 8 p.m., with Sunday matinees at 2 p.m.

Meanwhile, S and J Contracting of Wheeling will make the repairs to the barn while the Playhouse raises funds to pay for the work. “Save the Barn” is the theme for the campaign, according to Arts Council treasurer Diana Mendel of Wellsburg. “Donations will be accepted in any amount from one dollar to the thousands we’ll need to cover the costs completely,” Mendel said.

Julia Barnhart emphasized that “all monies raised in the ‘Save the Barn’ campaign will go to repairing and updating the barn.” She added, “Even if we receive enough money to cover the repairs, we will be continuing to do many different updates needed at the building.”

Diana Mendel also suggested that patron purchase season passes to help with the Playhouse’s regular expenses, which still have to be met after the repairs are completed. Season passes will be available until Friday, June 14, with tickets to all five main stage productions available for the price of four.

Checks or money orders for either the Save the Barn fund or season passes should be made payable to the Brooke County Arts Council, along with a stamped, self-addressed envelope, to P. O. Box 186, Wellsburg, WV 26070.

Donations to the Save the Barn campaign should be noted on the memo line. For season passes, patrons should to specify how many passes they are ordering for adults, senior citizens and students, and children under 12. All pre-season orders must be received by Friday, June 14.