Lunch With Books Looks Back at Doughboys of the Great War 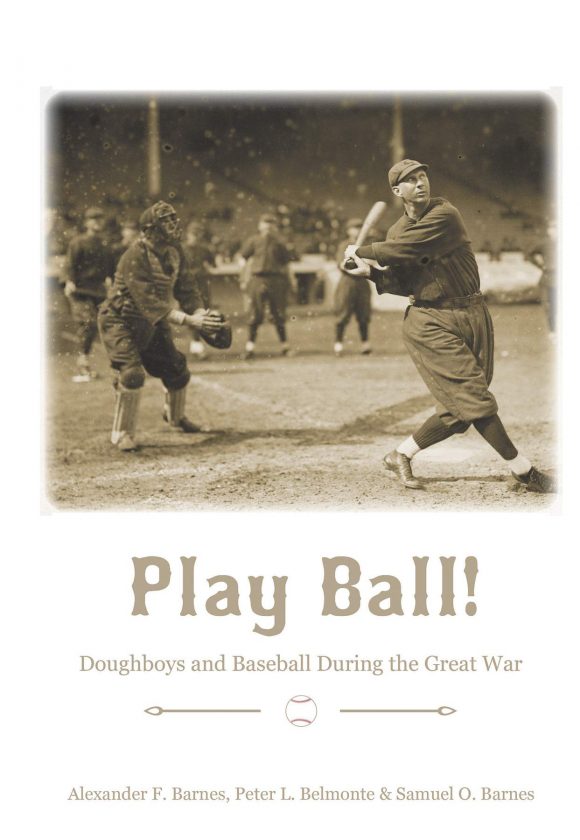 WHEELING — “Play Ball! Doughboys and Baseball during the Great War” with author Peter L. Belmonte will be featured during the next Lunch With Books program at noon Tuesday at the Ohio County Public Library in downtown Wheeling.

Baseball is the most American game. No other sporting contest so closely reflects the American psyche and culture. Its uniqueness comes from the fact that part of the game is clearly defined and unchanged since play first began, while another part of the game fluctuates and changes constantly.

And if baseball is the truest American game, the Doughboys of the Great War were its most loyal proponents. By 1918, there were more than four million of them — two million in France fighting in the Meuse-Argonne Offensive and another two million in stateside training camps awaiting their turn to cross the Atlantic to the Western Front. Playing wherever they could find enough room to throw a ball, they brought the game with them into the front lines and then into the occupation of Germany. Sharing their military service, in combat and on the baseball diamond, were a number of famous professional ball players, managers, lawyers, politicians and even an umpire.