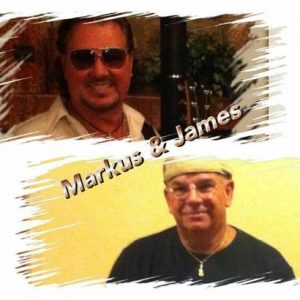 Markus and James is one of the bands scheduled for the Ebert Brothers’ “First Fall Show of the Season” on Saturday, Sept. 14 in New Martinsville.

NEW MARTINSVILLE — The Ebert Brothers Family and Friends “First Fall Show of the Season” will be coming up on Saturday, Sept. 14, at the Lincoln Theater in downtown New Martinsville.

This will be the beginning of the 53rd year of having shows at the Lincoln Theater. Organizers said they feel very thankful and blessed to be able to continue bringing these shows to the public.

Headliners for the show come from the Moundsville area. They are Markus and James. This group is very talented and do a variety of music. They are always in demand and appear at Oglebay in the Fall season frequently, especially during the Christmas and holiday season. Also appearing as a special guest will be Mindy Wilson of Flushing, a talented vocalist who has been on the show many times.

Also appearing on the show will be a very talented young lady — Jessica Schoonover. She’s a great entertainer from Sardis.

In addition to these performers, appearances will come from all of the regulars — Kevin Johnson, Ben Tharp, Wyatt Kidd, Teresa & Someone Special, George Burdett, and the Country Classic Band of Dana, Johnny, Alan, Ron, Gary and Ray. There will also be another special guest — 15-year-old singer Fay Marie Salsbury from Sardis.

Advance tickets for the the Ebert Bros. Family and Friends “First Fall Show of the Season” can be purchased at Witschey’s for in advance for a discounted price, or tickets will be available at the door on the day of the show.