Wheeling Symphony Hosts a Tribute to the Queen of Soul 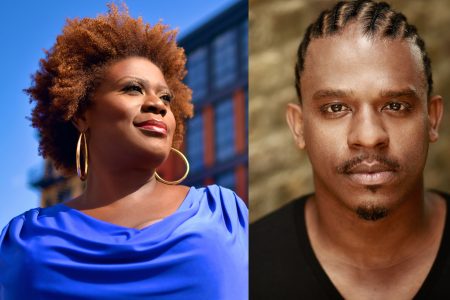 The performance begins at 7:30 p.m. today, Friday, Sept. 20, at the Capitol Theatre in Wheeling.

A Ttribute to the Queen of Soul, this program features symphony favorite Capathia Jenkins and three-time Grammy award nominee Ryan Shaw performing such iconic hits as “Respect,” “Think,” “A Natural Woman,” “Chain of Fools,” “Amazing Grace” and many others.

“The WSO is going to express a commitment to the best of American music and artists through our programming on both its Pops and Masterworks series,” Devlin said. “I can think of no better way to start our season at the Capitol than through this tribute concert to the great Aretha Franklin, an artist who meant so much to the American creative landscape. She left us just over one year ago, and by performing her greatest hits: ‘Respect,’ ‘Natural Woman,’ ‘Chain of Fools’ and many others, we will celebrate the anniversary of her passing with vocalists Capathia Jenkins and Ryan Shaw.”

Jenkins is a Brooklyn-born and raised actress and most recently starred as Medda in the hit Disney production of “Newsies” on Broadway. She made her Broadway debut in “The Civil War,” where she created the role of Harriet Jackson. Additional Broadway and Off-Broadway credits include “Godspell,” “The Look of Love,” “Caroline, or Change,” and “Martin Short — Fame Becomes Me.” In addition to her theatrical credits, Ms. Jenkins has appeared with orchestras around the world including the Cleveland Orchestra, Houston Symphony, Pittsburgh Symphony (with Marvin Hamlisch), National Symphony, Atlanta Symphony, Seattle Symphony, Utah Symphony, Minnesota Orchestra, San Antonio Symphony, Minnesota Orchestra, and many others.

Shaw is a three-time Grammy nominated artist. He recently appeared as Judas at the Lyric Opera of Chicago in the U.S. premiere of the critically-acclaimed London/Regent’s Park’s production of “Jesus Christ Superstar,” which won the Olivier for Best Musical Revival. As a recording artist, Ryan has released three solo Grammy-nominated projects: 2008’s “This is Ryan Shaw” on Columbia Records, 2011’s “It Gets Better,” and 2014’s “Real Love” on Dynotone Records. He has toured the world and shared the stage with such artists as Van Halen, Bonnie Raitt, Joss Stone, John Legend, B.B. King, Bruce Hornsby and Jill Scott, to name a few. Ryan continues to be a return featured special guest with the Houston Symphony. His orchestral pops concert schedule also includes performing with major orchestras around the country including the Cleveland Orchestra, the Philly Pops, Colorado Symphony and numerous others.

Devlin added, “this celebration fits perfectly with the recognition of the WSO’s 90th anniversary, an occasion we will honor throughout our upcoming season. I look forward to seeing everyone at Opening Night Block Party before the show begins, and then for what will be a memorable night in the Capitol Theater.”

Prior to the concert, patrons can purchase tickets to our Opening Night Block Party in the Alley catered by Charlie Schlegel from Ye Ole Alpha. It will feature food, beer, wine and more, plus a special performance by Ezra Hamilton and The Relativs. Tickets will be available for purchase, and the party will take place in the alley adjacent to the Capitol Theatre.

Immediately following the performance, the board of directors cordially invites attendees to stay for a post-show reception with Maestro Devlin and other members of the symphony orchestra.

Discounted tickets are available for patrons 18 years of age and younger, college students and groups of 10 or more. More information is available at wheelingsymphony.com.