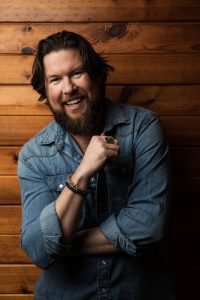 NASHVILLE — Multi-award-winning artist and songwriter Zach Williams will bring his fall headlining tour, “The Rescue Story Tour,” to Wheeling Saturday night for a show at the Capitol Theatre.

The 20-city tour began last week in Syracuse, N.Y., and will include a special stop on Nov. 3 at Nashville’s historic Ryman Auditorium. “The Rescue Story Tour,” which will feature special guest artist Josh Baldwin of Bethel Music, is sponsored by Compassion International and Christian Healthcare Ministries.

It was last month when Williams released “Rescue Story,” the new single from his upcoming studio album slated to release this fall.

“I think it is going to be relatable to people because everybody has their own rescue story,” he recently shared the story behind the new song. “Mine is the same as anyone who’s been in a hopeless place, and then they found Jesus.” Williams said he is excited to share “Rescue Story” live on the road with the fans, along with more songs from the new album as well as from his Grammy-winning debut album “Chain Breaker” and Grammy-nominated album, “Survivor: Live From Harding Prison.”

Tickets for “The Rescue Story Tour” are on sale now.

As a husband, father, recording artist, and songwriter, Grammy winner (Best Contemporary Christian Album, “Chain Breaker,” 2018) and multi-GMA Dove Awards winner, Williams continues to make history. Achieving two consecutive radio No. 1 hits for 35 weeks as a debut artist (“Chain Breaker,” “Old Church Choir”) Williams’ music comes from a place of humility and honesty, as his songs are a direct reflection of God’s redemption in his life.