The Melvins to Return To Pittsburgh Saturday 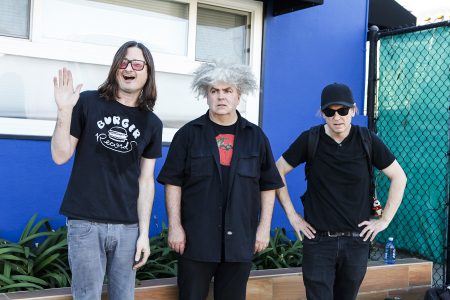 PITTSBURGH — The Melvins return to the Steel City this weekend as part of their ongoing 10-week North American fall tour.

“Redd Kross and (Soderqvist) are two of my favorites. We’ve already done fantastic European tours with both of these bands so I know bringing them out with us on this trip will be a total mind blower for the lucky fans,” The Melvins frontman Buzz Osborne said of the tour line-up.

Redd Kross, who are prepping a new album, and the Melvins share a communal band member with bass player Steven McDonald performing in both outfits. Melvins’ drummer Dale Crover will also pull double duty, manning the drums for both his band and Redd Kross.

This fall, Ipecac Recordings’ vinyl reissue of the Melvins’ classics “The Maggot and The Bootlicker” was released A release date will be announced soon. Amphetamine Reptile features the trio of bands on a pair of hyper limited releases, available exclusively on the tour.

The Melvins’ most recent release is “Pinkus Abortion Technician,” which arrived in April of 2018 via Ipecac Recordings. The eight-song album is the band’s first to feature two bass tracks on every song, with the bass players Steve McDonald and Jeff Pinkus (Butthole Surfers) appearing on each song. The album boasts singles “Embrace The Rub” and “Don’t Forget to Breathe.”