‘Last Waltz’ To Show In Moundsville 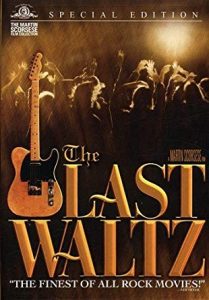 MOUNDSVILLE — The Moundsville-Marshall County Public Library will present a “Think Outside the Book” film at 6 p.m. Tuesday, Nov. 26. The feature will be The Last Waltz, the acclaimed music bio-documentary directed by Martin Scorsese celebrating The Band’s Thanksgiving 1976 concert.

A must-see film for anyone that appreciates classic rock ‘n’ roll. It is rated PG, runs 117 minutes and is a 1978 release. This film showing is free and open to the public. Attendees are invited to bring their own snacks (and seat cushions) if desired. The Moundsville Library is located at the corner of Tomlinson Avenue and Fifth Street in Moundsville.