‘The Rainbow Fish Musical’ to be Staged at JMHS 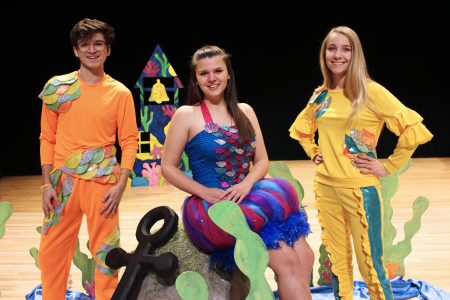 Come meet a charming school of fish and sea-creature characters who admire the famous Rainbow Fish, the most beautiful fish in all the ocean.

When Rainbow Fish refuses to share her vibrant, shimmering scales the whole ocean seems to turn against the vain creature. Very unhappy about this, the Rainbow Fish seeks out the wise Octopus who helps the young fish learn that it’s far better to be admired for being kind than for being beautiful.

Tickets can be purchased at the door.