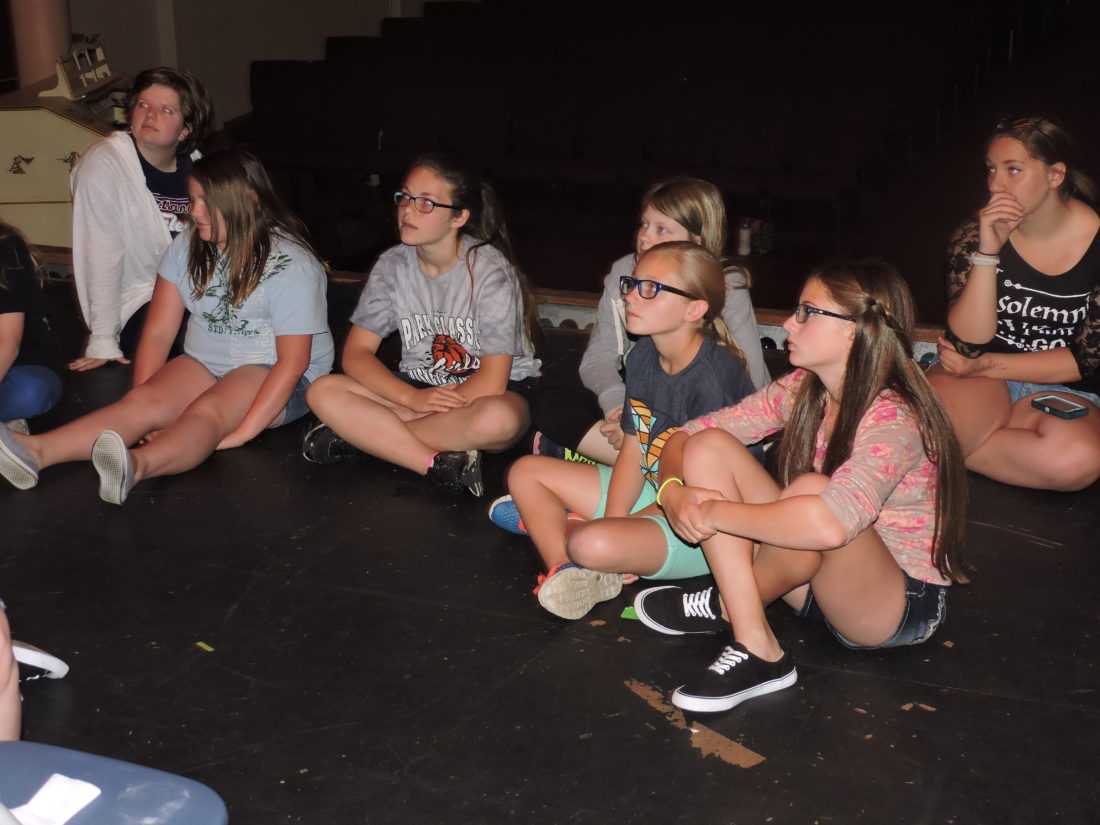 Photo Provided Local children prepare for their roles in the Missoula Children’s Theatre Production of Alice in Wonderland at the Strand Theater Thursday.

MOUNDSVILLE — The historic Strand Theatre in Moundsville may soon receive state and national recognition thanks to a West Virginia tourism grant.

The West Virginia Historic Theatre Trail is a statewide tour of historic theaters, encompassing both cinemas and live performance venues. All of the trail’s theaters are listed in, or have been officially determined eligible for the National Register of Historic Places.

According to Marshall County Chamber of Commerce president Dave Knuth, the Preservation Alliance of West Virginia will launch a promotional campaign for the trail with the funds, including information about the project for each theater to distribute. Knuth said the Strand’s new eligibility as a national historic place is significant for the county.

“This could give us national notoriety by being on the register,” Knuth said. “This is not only important for our theater but important for Moundsville and Marshall County to establish more reasons for people to come to visit and tour the area.”

Strand programming director Jana Jarett said the theater is important to the community for many reasons.

“The Strand Theatre is a local hub in the heart of historic Jefferson Avenue. It was the first steel building in town and home to even more first dates,” Jarett said. “The Strand’s reopening begins a whole new window of opportunity for the arts and entertainment in Moundsville. Being a part of a community that is in need of revitalizing, we hope to make our location the center of the rejuvenation.”

The West Virginia Historic Theatre Trail began in 2010 with help from the Preserve America Grant to develop statewide tours of the Mountain State’s historic performance venues. At the trail’s beginning, the project included 26 theaters throughout the state.

The six new additions to the tour include the Strand, The Lincoln Theater in New Martinsville, the Alban Arts and Conference Center in St. Albans, the McCoy’s Grand Theatre in Moorefield, the Ritz Theatre in Hinton and the Summit Players Theatre in Bluefield.