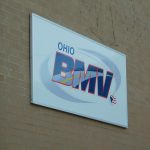 Ohioans with a suspended driver’s license have the opportunity to have their reinstatement fees reduced or forgiven and get back on the road.

The forms for participation can be found at the Ohio Bureau of Motor Vehicles’ website at bmv.ohio,gov.

Lindsey Bohrer, assistant communications director with the Ohio Department of Public Safety, said about 410,000 people are eligible for the program statewide. They must have completed all court-ordered sanctions related to the eligible offense other than the payment of reinstatement fees, she said. And at least 18 months must have passed since the end of the period of the suspension ordered by the court.

“It is a huge problem. In my court, when I do arraignments on Thursdays, by and large I have more driving under suspension cases than any other case,” he said. “That is what I see more frequently — people who have suspended licenses that are driving. They get cited into my court, and it’s a problem.”

Costine said many people who have had their driver’s licenses suspended need to drive, but they simply cannot afford to have their privileges reinstated.

“A lot of times, people are suspended for legitimate reasons — I’m not saying it’s not legitimate — but at the end of their suspension one of the things they have to do to get their license back is they have to pay a fee to the Bureau of Motor Vehicles. Their license just doesn’t automatically come back to them when they have completed their suspension time,” he said. “That reinstatement fee for an OVI or a DWI is $475. For other types of suspensions it could be as low as $15 or $25. … I have seen people with thousands of dollars of reinstatement fees that they need to pay, and the likelihood of those people being able to come up with that money and get themselves reinstated is very difficult for a lot of the population of Belmont County. This is a chance for those people who owe overwhelming reinstatement fees.”