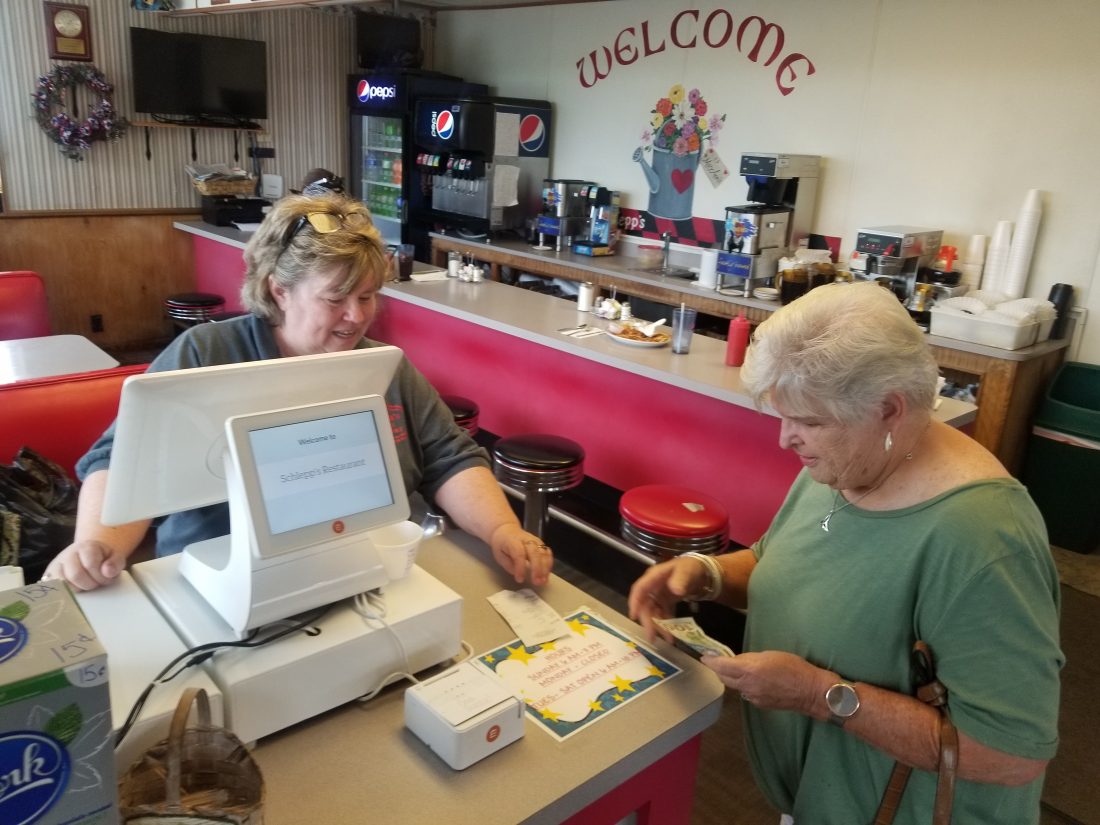 While business is down this week for local restaurants and vendors with a smaller crowd at Blame My Roots than at Jamboree In The Hills in years past, there’s hope the new country music festival will boost the economy as it grows in the coming years.

Organizers have said they were expecting the maximum daily capacity of 6,500 attendees at the festival, but that would be only a fraction of the number of people who attended the now-defunct Jamboree, meaning fewer potential customers.

While vendors used to line U.S. 40 outside the Jamboree campgrounds near Morristown, there was just one merchandise tent set up this week across from the Valley View Campgrounds site where Blame My Roots is wrapping up the three-day festival tonight.

Carmella, who declined to give her last name, has operated “The Hat Man” tent for the past 12 years and noticed a significant drop in the number of customers this year for the smaller festival.

“It’s a grassroots movement and I think you should support it,” Carmella said Friday afternoon while selling country-style hats, shirts and flags from the tent she takes to events across the country. “It’s a tradition. They don’t care who’s singing.”

She said there is a lot of “anger” directed at Live Nation, the music promoter that bought the rights to Jamboree before shuttering the annual event after last year’s festival. Carmella praised the work of Chris Dutton, one of the organizers who launched Blame My Roots and stationed it in a field across the highway from the old Jamboree site to keep the country music tradition alive.

“This guy caught the ball when (Live Nation) dropped it. I think it should grow,” Carmella said, adding she plans to return next year if organizers bring the music festival back.

Down the road, the lunch crowd was a little lighter Friday at Schlepp’s Family Restaurant. Diner manager Mary Ann Lucas said Jamboree used to be a boon for breakfast and lunchtime business, as people would jam into the restaurant along Belmont-Morristown Road just off exit 208 of Interstate 70. A few people from New York who regularly attended Jamboree made sure to stop by for breakfast this week, Lucas said, but there are fewer returning customers compared to other years.

Some of the diner’s local customers usually stay away during Jamboree week, knowing the crush of the crowd, she said. But the smaller audience at Blame My Roots has hurt the diner’s business, Lucas said.

“We haven’t really had a lot of business from it, sorry to say,” Lucas said. “It hasn’t been a normal Jamboree week.”

Still, she is hopeful that Blame My Roots can gain momentum if it continues in coming years.

“It’s not the Jamboree, but people are trying to adjust,” Lucas said, adding she expects today’s dining crowd to be bigger. “I hope it’s successful. They’ve put a lot of work into it.”

One restaurant that has benefited from the musical festival is Pike 40 just a couple of miles away from the campgrounds. Dutton’s parents, Rita and John Dutton, own the restaurant, which is catering food for the festival’s VIPs. Restaurant manager Dennis Brown said he was expecting a big crowd Friday before headliners such as Trace Adkins took the stage.

“We’ve got a lot of positive reaction from customers, in general, because the (Dutton) family decided to step in and organize it with the Jamboree not being around,” Brown said. “We didn’t really know what to expect.”