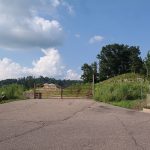 The city’s Planning Commission approved a plan to construct two commercial buildings on the hilltop south of Woodsdale.

Commissioners voted unanimously on Monday to approve a site plan for a medical building, a multi-purpose commercial building and an adjacent parking lot to be built at a site on Anthoni Avenue.

Construction at the 7-acre hilltop property, located next to the Marriott Springhill Suites, is expected to begin around mid-August.

At the commission meeting, members heard from Jonathan Bedway of the Belmont-based Bedway Development Corporation, which owns the property, and civil engineer Michael Kearns regarding their plans for the site.

The developers plan to sell one proposed building, a single-story medical facility, to a private owner and use the other commercial building to rent to three tenants. Tenants so far include an elementary-age school and a retail business, Bedway said.

Commission chairman Jeff Mauck said the developers are scheduled to appear before body next month to request approval to subdivide the property into two, adding that the commission could still approve the site plan on Monday.

In addition to the buildings, the developers plan to add a parking lot with 116 spaces, a cul-de-sac connecting to Anthoni Avenue and landscaping with trees.

Commissioner and Councilwoman Wendy Scatterday asked if the developers plan to use the land to construct any other commercial buildings in the future, to which Bedway responded that there was no such plan. Scatterday also asked about what seemed to be a large number of parking spaces.

“In designing it, we were looking at peak business hours, instead of squaring it off and leaving some space and having to come back years later,” he said.

Also at the meeting, commissioners voted to reelect Mauck as chairman and Wright as vice chair of the body.

Commissioners further noted that the body now has a vacancy after Christie Contraguerro’s term ended July 1.

The Planning Commission’s next scheduled meeting is 5 p.m. Aug. 12 in City Council’s chambers on the first floor of the City-County Building, 1500 Chapline St.