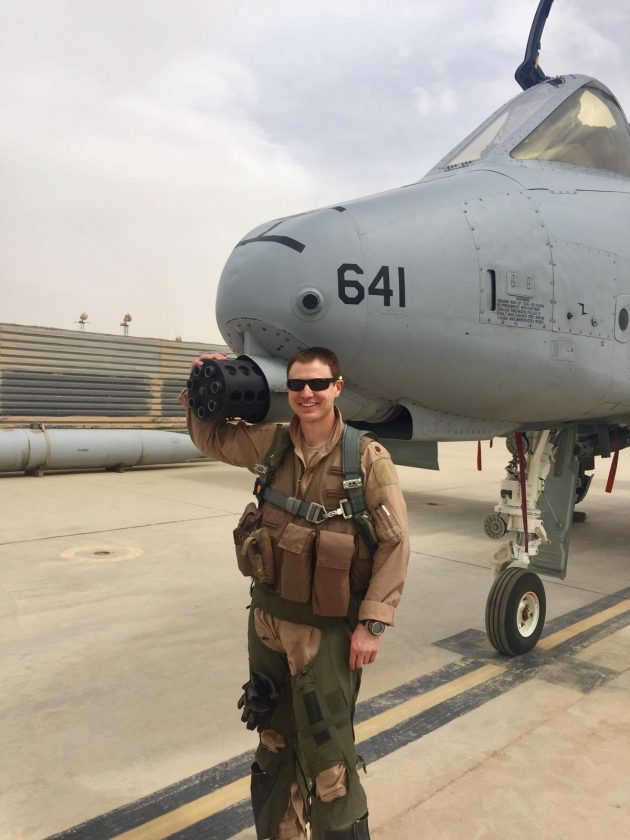 Photos Provided Maj. Jonathon “Cliffy” Alberts, a Wheeling native, stands by the nose of the military aircraft he pilots, the A-10 Thunderbolt II. Alberts will stop by the Wheeling-Ohio County Airport next week in the jet.

WHEELING — A Wheeling native will return to the Friendly City this week not by highway or airline, but rather piloting a fighter jet.

Maj. Jonathon “Cliffy” Alberts of the Maryland Air National Guard plans to land an A-10 Thunderbolt II at the Wheeling-Ohio County Airport on Thursday so that locals can stop by to see the military aircraft.

“I’m happy to provide something for residents to see that doesn’t often come into town,” Alberts said. “It’s just another look at military stuff that taxpayers provide for that residents don’t get to see very often.”

Alberts plans to touch down at the airport between noon and 1 p.m. Thursday, he said, and residents are welcome to stop by to see the aircraft. He intends to depart the next day.

Growing up in Wheeling, Alberts graduated from Wheeling Park High School in 2000, studied for two years at Wheeling Jesuit University and joined the military in November of 2001. He later finished college at Indiana State University.

“All I could ever think about when I was younger is flying,” Alberts said. “I always wanted to fly, always wanted to be a military guy, so I pursued my dream, did civilian flying and got my pilot’s license.”

Alberts later received flight training with the U.S. Air Force in 2007 and began flying with the Maryland Air National Guard, a unit of the Air Force, in 2010.

Since he joined the military, Alberts has logged more than 2,000 flight hours in the A-10 and about 300 combat hours across 104 missions, he said. He flew combat in Afghanistan, Iraq and Syria, most notably flying in the Battle of Mosul against ISIS in October of 2016.

“Being able to fight and destroy ISIS so people can get back into their homes is a worthwhile thing,” Alberts aid.

Now, Alberts works full time as an instructor pilot for the A-10 Thunderbolt II, also dubbed “Warthog,” in Baltimore, where he lives with his two children. He also serves as a civilian airline pilot with American Airlines.

“It’s the world’s premiere ground attack aircraft,” he said of the aircraft. “It carries a wide array of weapons, but it’s most famous for its 30-millimeter gatling gun mounted on the nose.”

The A-10, first manufactured by Fairchild Republic in the 1970s, has a wingspan of about 58 feet and can reach speeds of 450 nautical miles per hour, according to the Air Force.

Alberts said he’ll be flying across the country next week and plans to park the plane near the control tower at the Wheeling-Ohio County Airport where it will be easily visible. He said he hopes people who support the military in Wheeling will stop by.

“I still have a lot of friends and family in town,” he said. “I’m happy to be home for locals to check it out. I’ll be around for a bit while the airplane’s there.” 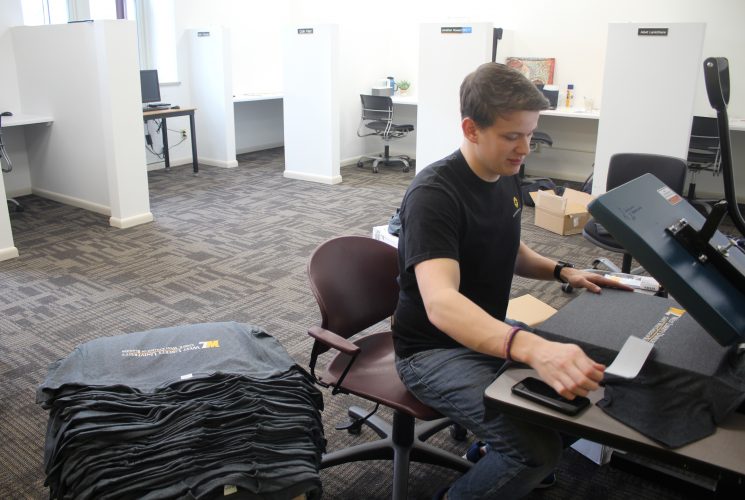