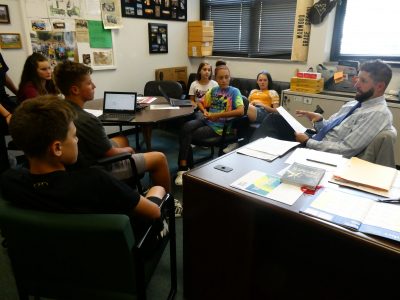 WHEELING — They sit in their classrooms throughout the day, do math problems, read an English assignment and get a lesson from their teacher during eighth period social studies class.

But when the bell rings at 2:30 p.m., students at Warwood Middle School finish the day at their school “jobs” — which can mean taking photos for the school yearbook, pitching plans to the principal for a future field trip, or even helping to teach the transitional kindergarten students at the building next door.

It’s all part of a workplace simulation program instituted at Warwood Middle at the start of the school year, when “Viking Enterprises” officially opened. They don’t get paid for their efforts, but they do get graded.

“We say after eighth period, the school day ends and we all go to work,” said Assistant Principal Jim Rowing.

Those students working with the transitional kindergarten students even find themselves creating lesson plans, and empathizing with their teachers, he said.

Rowing and Principal Joey Subasic hatched the idea for the simulated workplace program after the State Department of Education created a similar pilot program at eight schools in the state last year.

“We just decided to do it ourselves,” he said. Subacic and Rowing serve as chief executive officers for the newly created Viking Enterprises.

A handbook given to students and their families describes the program.

At the start of the school year, students spent the first two weeks participating at the end of the day in “job fairs,” where teachers recruited them for their class, or to come work for them.

Students had the options of selecting their jobs in the following areas — broadcasting, engineering and manufacturing, the school newspaper, the yearbook, web design, entertainment — including vocals, strings and band, and early childhood development.

Those in student government, meanwhile, meet each day to focus on activities for students and maintaining a budget.

Eighth grade student Kaleb Trimmier is a member of student government, which is presently deciding on how best to spend $500 set aside to reward students.

He plans to present to Subasic and Rowing his plan, which would be to purchase each student in the school a Halloween plush toy.

Trimmier has done the research online, and find a company that sells the stuffed toys at a cost of $17 per dozen. He estimates the cost will come in at $338, and that there would be money remaining to purchase pencils or some other smaller item.

Trimmier said they have been told the money can’t be rolled over to next year, and must be spent or the funding will be lost.

He said he likes student government and participating in the Viking Enterprises work simulation.

“It brings out our creativity, and makes us think to succeed,” he said. “It teaches us to be better at our jobs.”

Following the job fairs, students applied for the jobs online — just as they would in real-life. They also learned real-life lessons on how to sell themselves for a job.

One young man applied for a job with the manufacturing component, but he didn’t get that job and instead was placed in another area.

Subasic said the young man was given the opportunity to speak with him about why he didn’t get the job, and he told him why he wasn’t selected.

On his job application, the young man had stated his reason for wanting the job as, “I like wood.” It wasn’t enough, according to Subasic and Rowing.

The student gave a much more detailed reason for wanting the job when he spoke with the principal, and he was told he could apply next semester if there is an available job opening in manufacturing.

“It’s all about making school feel less like school, and more about real-life lessons,” Subasic said. “This is a time when teachers aren’t standing over them.” 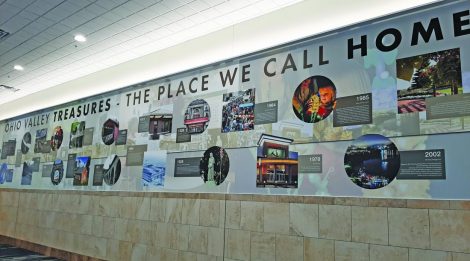 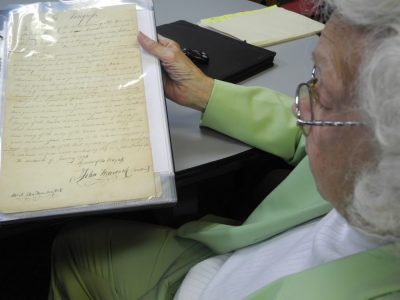