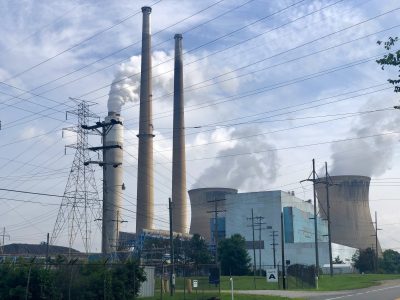 The House Energy Committee originated a bill Tuesday afternoon at the request of the Governor’s Office and drafted by the State Tax Department to ensure that the bill passed by the Legislature July 23, House Bill 207, only applies to coal-fired merchant power plants that are not regulated by the Public Service Commission or other rate-making authorities

HB 207 granted Pleasants Power Station near St. Marys an exemption from state business and occupation taxes — a $12 million tax break for First Energy Solutions in Akron, Ohio, which recently emerged from bankruptcy. The bill specifically exempted merchant power plants — funded by investors, unregulated by the Public Service Commission, and that sell their electricity on the wholesale power market — from paying business and occupation taxes.

Pleasants Power is one of two coal-fired merchant power plants in the state. Longview Power Station in Monongalia County is already exempt from paying business and occupation taxes through a PILOT agreement with the Monongalia County Commission.

Pleasants Power and Longview are two of eight power plants in the state.

The others pass on their business and occupation tax liability to ratepayers.

When HB 207 was signed into law in July, the language of the bill did not exclude any merchant power plant, though the intent was to specifically single out coal-fired power plants in order to be specific to Pleasants Power Station.

With the loophole closed, the tax break would only apply to Pleasants Power starting July 1, 2020.

“The current electric market has changed drastically since those years and the plants are no longer operating at the levels which are the basis of this tax,” said Rob Akers, counsel for the House Energy Committee.

The bill allows the owners or operators of the generating units to choose to reduce the taxable generating capacity of those units to 45% of the official capacity for beginning July 1, 2021. The owner would have to agree to keep the generating unit in operation until at least Jan. 1, 2025. A recapture tax would be imposed in the event that coal fired units impacted by this reduction ceased to operate within the specified time period.

“The bill is designed to keep the full coal-fired power plants in this state operational by reducing (business and occupation) taxes from the outdated tax rates set in the 1990s,” Akers said. “The effect of this bill would be lower tax rates for every coal fired power plant.”

There was no fiscal note submitted for the originating bill, which is similar to Senate Bill 793 introduced last Friday, but Department of Revenue Deputy Secretary Mark Muchow said the cost could be as much as $16.3 million if every power plant in the state opted in.

“Coal fire generation is under a little bit of stress right now,” Muchow said. “This bill provides some measure of relief. It was hoped by the administration that this would extend the life of some of those plants. These plants pay a significant amount of state taxes.”

According to the Department of Revenue, coal-fired power plants in the state contributed more than $100 million annually in capacity taxes, not counting millions in property taxes.

“They are big payers of tax in a state,’ Muchow said. “The objective is to try to keep these plants open as long as they can be and if it’s economically possible to make them more competitive and also to meet all their various federal requirements, that’ll also be a factor too.”