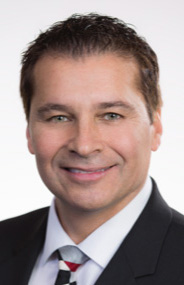 ST. CLAIRSVILLE – Vince Gianangeli, former director of Belmont County Department of Job and Family Services and current fiscal officer of Colerain Township, has thrown his hat in the ring in the race for Belmont County commissioner.

Gianangeli, a Colerain resident, is running as an independent in the contest with incumbent Republican J.P. Dutton for Dutton’s seat in the Nov. 3 general election.

In early February, Gianangeli was terminated from his position with the DJFS by the commissioners because he “disregarded a prior vote by the board and then undertook another course of action,” with the commissioners saying this caused them to lose confidence in him.

Gianangeli said the commissioners had voted to terminate an employee of his department whose resignation he already had accepted, and he believes he handled the matter appropriately.

He said he filed his petition for office last Monday, adding that 249 signatures, or 1 percent of the 2018 general election vote total, were needed. He said he submitted 656 signatures.

“I thank you for your continued support. It has been quite humbling,” he said. “I just wasn’t going to run until about five years. I was looking about when I retire from Job and Family Services I was probably going to consider a run then.

“I thought, ‘Maybe it’s time now. Maybe there’s a reason I was terminated at Job and Family Services.'”

While at the county DJFS, he served 10 years as the fiscal administrator and nearly six years as director.

“I will be a fiscal-minded commissioner like Mel Sargus was in the 1980s. I will provide fiscal integrity and be the watchdog of your public funds,” he said. “My strength is obviously my fiscal experience. … Personally, I believe you should have someone with fiscal background as a commissioner. When you look at what type of professional skills you bring to the table. … What you currently have, you don’t have that type of experience running the county.”

Gianangeli has been recognized by his peers at the Ohio Job and Family Services Directors’ Association for excellence in financial reporting. He received the Auditor of State Award for several years for maintaining a perfect audit in the workforce area of Belmont, Carroll, Harrison and Jefferson counties. Belmont County DJFS was the fiscal agent for that larger area since 2004.

In preparation for the race and possible commissionership, Gianangeli has received a copy of the county’s most recent fund balance report and is reviewing the financial status of the county.

“Those are obviously big issues to tackle. I did so well at the local level by running a department,” he said. “I want to bring that fiscal savviness that I had at Job and Family Services to the county level.”

He also has directed the School Clothes for Kids program through DJFS, held annually at the Ohio Valley Mall. More than $4.2 million has been invested in the program since 2014.

“My interests are in helping others, as I have demonstrated countless times during my government career. I would like to continue doing so in January 2021 when I take office,” he said. “That will include businesses, other local governments, fire departments.”

He is married to Patti Gianangeli and has two children, Gabriella and Zac.

His website at voteforvince.com is under construction. He recommends residents visit the site for more information when it is finished.

He is also in the process of creating a Facebook page for his candidacy.

“I’m looking forward to the campaign season and getting out there and knocking on doors,” he said. 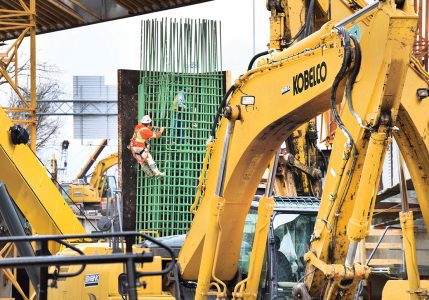