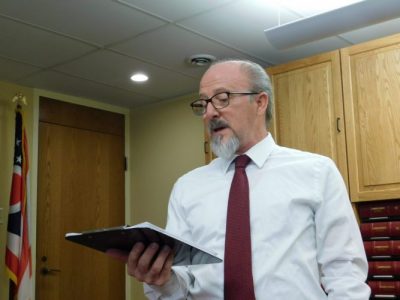 ST. CLAIRSVILLE – Belmont County Deputy Health Director Robert Sproul reported another slight increase in positive cases of the COVID-19 coronavirus, but added there are worrying signs the virus is spreading in unexpected ways.

Sproul said Monday that Belmont County’s total cases have increased to 640, with 585 recoveries and 30 people in isolation.

“It’s an uptick from the day before. We’re seeing the numbers bump up,” Sproul said. “Unfortunately, we’re seeing more of a community spread. We’re calling these people and they’re positive, but they’re not giving exactly where they think they got it from.”

In earlier cases, Sproul said the entry-points of the virus into Belmont County were travelers, and his department could commence contact-tracing the people who had interacted with them. In more recent cases, tracing has been less definite.

“They don’t know where they got it from. We had one group, it was a group of five, that rented a house on vacation and came back so they knew where they got theirs from, but most of our other positives, basically they aren’t feeling good, going to get tested and coming back positive and going ‘I haven’t really gone anywhere, I haven’t been around anybody that’s sick’ that they know of.

“We were having some problems with some people not wanting to tell us all their contacts. We had some issues with that. We have somebody that’s not telling us who else might be positive, we can’t quarantine them and they could be possibly walking around spreading it,” he said.

The public is reminded to continue to practice social distancing and take related precautions.

“Our numbers, they’re slowly ticking up,” he said.

A total of 23 people have died while testing positive with the virus, including nine inmates at the Belmont Correctional Institute.

Meanwhile, Belmont County’s school districts continue to plan for the coming school year, with the district adopting a standard plan last week, color-coded green, yellow and red, with green as in-person schooling five days a week, yellow a mixture of in-person and at-home learning, and red as distance learning.

“They’re working on finalizing their plans, getting their staff educated on what they need to do for this upcoming school year,” Sproul said. “Teachers, cafeteria workers, bus drivers, the nurses, the custodian people…they’re trying to get them trained. … It’s all new. This isn’t a normal school year for them so they’re trying to think outside the box on their particular building, they can do it safely.” 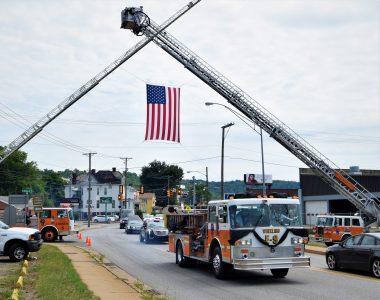 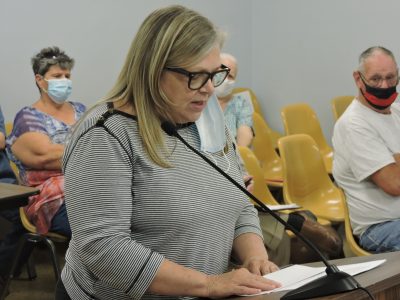