∫ All Country Friends Foundation Inc. events have been canceled for the remainder of March.

∫ The Strand Theatre Preservation Society in Moundsville has canceled all remaining spring classes and postpone events through March 31.

∫ Artworks Around Town in Wheeling is closed until April. The April Gallery Hop is canceled.

∫ West Liberty University announced all in-seat classes will remain suspended through the end of the spring semester. Additionally, all events are canceled through April. The recently established alternate learning format continues as previously planned.

∫ An Easter egg hunt, set for March 28 at Bethany College, is canceled.

∫ Mount Olivet United Methodist Church’s baked steak dinner for April is canceled. The next dinner is scheduled for June 3.

∫ Wheeling Mayor Glenn Elliott has suspended his weekly office hours indefinitely. Those wishing to speak to Mayor Elliott can still do so via telephone. An appointment for a phone conference can be set up by calling the City Clerk’s office at 304-234-6401.

∫ The Ohio Valley and Eastern Ohio Regional Transportation Authorities are urging passengers to only ride the bus if they need essential services or work at a business that provides an essential service. For more information, call OVRTA at 304-232-2190.

∫ The Marshall County Courthouse is open only for cases of emergencies and by appointment.

Memo: Some in US may not get stimulus checks until August 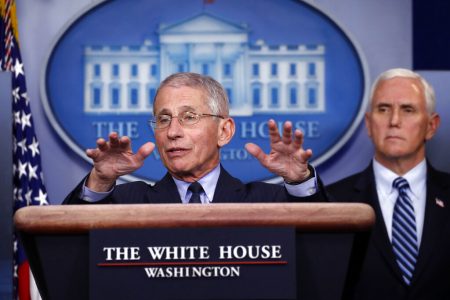 Fauci says he feels safe despite threats, is focusing on job

By CARA ANNA Associated Press JOHANNESBURG (AP) — Some African countries will have more than 10,000 coronavirus ...

Agonizing decisions being made in Spain’s virus hot spots