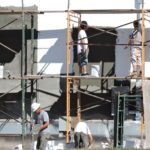 For the first time in several quarters, Rice Energy did not boast the most productive Buckeye State well from April 1 through June 30, according to Ohio Department of Natural Resources data. The Consol Energy “Brewster” well in Monroe County produced 1.62 billion cubic feet of natural gas during the second quarter, which bested the output of 1.5 Bcf by the Rice “Mohawk Warrior” operation in Belmont County.

Once known for coal mining, Consol continues its transition by pumping a company-best total of 99.3 billion cubic feet of natural gas for the entire second quarter of 2016.

“Despite the decision to resume modest drilling activity, which will add approximately $25 million of capital expenditures in 2016, Consol expects the annual exploration and production division capital budget to decrease to $190-$205 million due to continued capital efficiency improvements.”

Ohio drillers collectively set another record during the quarter with 334 Bcf of natural gas, which compares to 222 Bcf in the 2015 second quarter.

Year-over-year oil yields are down, however, as there were only 4.84 million barrels from April 1 to June 30, compared to 5.95 million in the same period last year.

Although Consol produced more natural gas from a single well than Rice, the Rice “Bounty Hunter,” “Thrasher,” and “Madusa” wells ran full-throttle during the second quarter.

“With our steady development of highly economic and productive core Marcellus and Utica wells, we are uniquely positioned with a strong balance sheet and differentiated midstream asset portfolio to continue generating best-in-class growth and returns for our shareholders,” CEO Daniel J. Rice IV said.

“We also intend to continue to capitalize on our industry leading well costs and operational efficiencies in the Utica Shale, as demonstrated by our Purple Hayes super lateral well, with a focus on innovation to exploit all opportunities presented in the basin in which we operate,” Eclipse CEO Benjamin W. Hulburt said.

Belmont County Commissioner Mark Thomas said the county continues to benefit from the shale boom. A new five-unit retail center is nearly complete on a parcel near the Ohio Valley Mall formerly home to Bonanza Steakhouse.

“It is great that we continue to see new developments like this,” Thomas said.