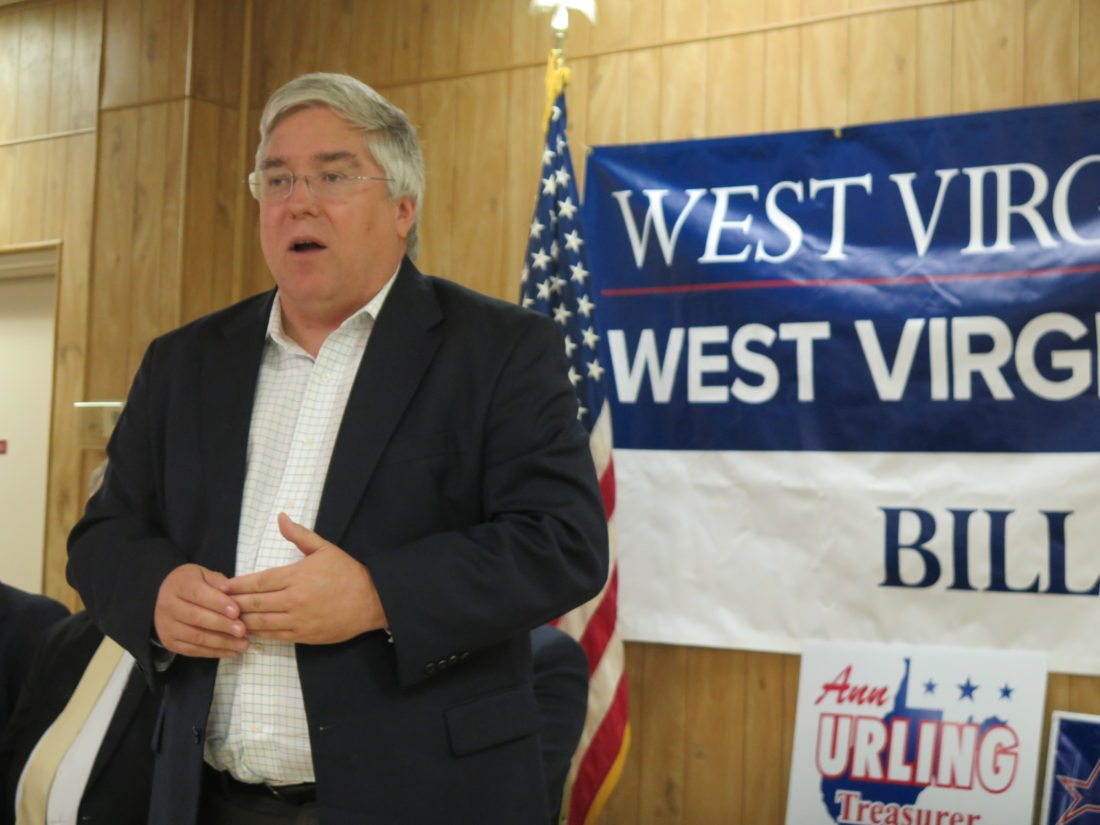 WHEELING — West Virginia Attorney General Patrick Morrisey says he has a proven record in fighting drug addiction in West Virginia, and he is defending that record as he seeks re-election on Tuesday.

Morrisey is completing his first four-year term in office, and is facing Democratic nominee Doug Reynolds in Tuesday’s election. During his term, Morrisey said he has focused on two issues facing the state: West Virginia’s problems with drug addiction, and fighting Environmental Protection Agency rules affecting coal and natural gas production in the state.

Morrisey helped mobilize attorneys general from 25 other states in a lawsuit that challenges the EPA’s authority to regulate carbon emissions under a specific statute of the Clean Air Act.

“People are really excited about getting out to vote, and showing support for an attorney general who has fought the (federal) government off and taken on (President Barack) Obama,” Morrisey said during a visit to Wheeling this week.

“But I’ve always said, when you take on President Obama, and defeat him in court, there are consequences. People will come after you, and that’s what they’re doing.”

During his time in office, Morrisey has formed a substance abuse unit in the office of attorney general to focus on the overuse of opioids in West Virginia.

The initiative directs doctors to check with West Virginia’s Controlled Substance Monitoring Program every time they write a prescription for an opioid or benzodiazepine, and to check back “at least every once every three months” to ensure the patient’s controlled substance history is consistent with their prescription record.

It also recommends that doctors conduct random urine toxicology screenings to determine the presence of cocaine, amphetamines, non-prescribed benzodiazepines or other drugs not directed for the patient’s use by a doctor.

The initiative calls for better oversight of prescription pill use to decrease overall dependency on opiates.

Morrisey also has been collaborating with Ohio Attorney General Patrick Mike DeWine on a series of town hall forums focusing on involving churches and faith-based organizations in the fight against opioid abuse in both states. They have asked the groups to assist in counseling drug offenders as problems with heroin and opioid addiction continue to escalate.

“We’re gaining momentum in terms of the faith-based treatment options that can help the state,” he said. “And we recently ordered incinerators for the proper disposal of products … that builds on the number of drop boxes we created years ago.”

Morrisey’s office also has invested $1 million in an effort to eleviate the backlog in testing at the state’s crime lab. Drugs seized as evidence are tested there to determine guilt or innocence, and sometimes the process can take six months up to a year, according to Morrisey.

He urged West Virginia residents to seek out the facts regarding his time in office.