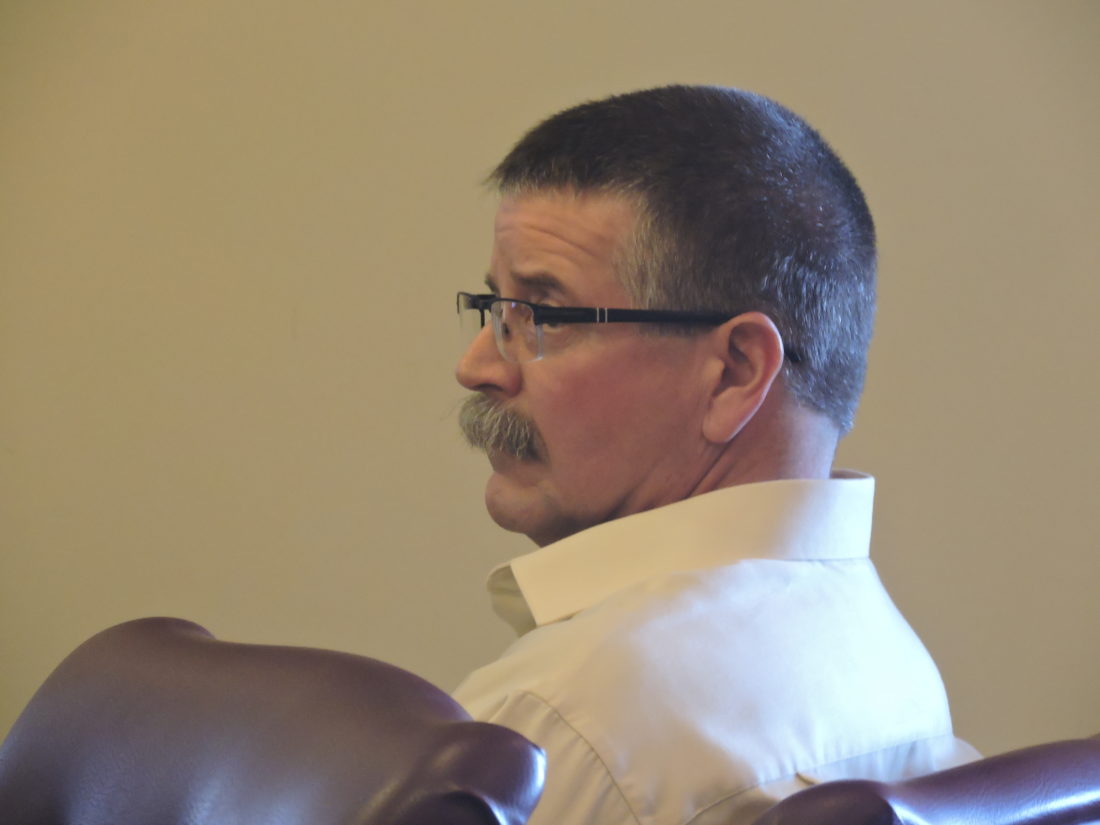 Photo by Robert A. DeFrank Michael Chedester, accused of shooting and killing two dogs on his property, makes an appearance in court.

ST. CLAIRSVILLE — A man accused of killing two dogs appeared Monday in Belmont County Common Pleas Court, where his attorney argued that it was legal for his client to shoot the animals.

Judge John Vavra gave attorneys on both sides 10 days to present further information before he renders a decision about whether such an “affirmative defense” applies to Michael Chedester’s case.

An affirmative defense shifts the burden of proof onto the defendant, and the defense attorney said a ruling was necessary so the defense’s evidence could be considered during trial.

On Monday, Chedester, a St. Clairsville resident, appeared with attorney Donald Tennant, who noted the incident occurred on land owned by Chedester for the purpose of hunting.

Tennant said Chedester was in a tree stand at the time and observed the dogs chasing deer.

Chedester is charged with two counts of knowingly causing serious physical harm to a companion animal.

The charges are fifth-degree felonies under Goddard’s Law, which was enacted in May and increases animal cruelty charges from misdemeanors to felonies. Chedester faces six months to one year in jail and a $2,500 fine if convicted.

Tennant argued that the law would allow the shooting of dogs on one’s own property if the animals were menacing a person or menacing animals belonging to Chedester. Tennant said that although the deer were wildlife, their presence on Chedester’s property allowed him to make a claim on them by hunting them, since a deer killed during hunting belongs to the hunter.

Chief Assistant Prosecutor Kevin Flanagan argued that the deer were wildlife and did not fall under the law.

“Ownership does not exist in this particular case merely because wild animals are on your property,” he said.