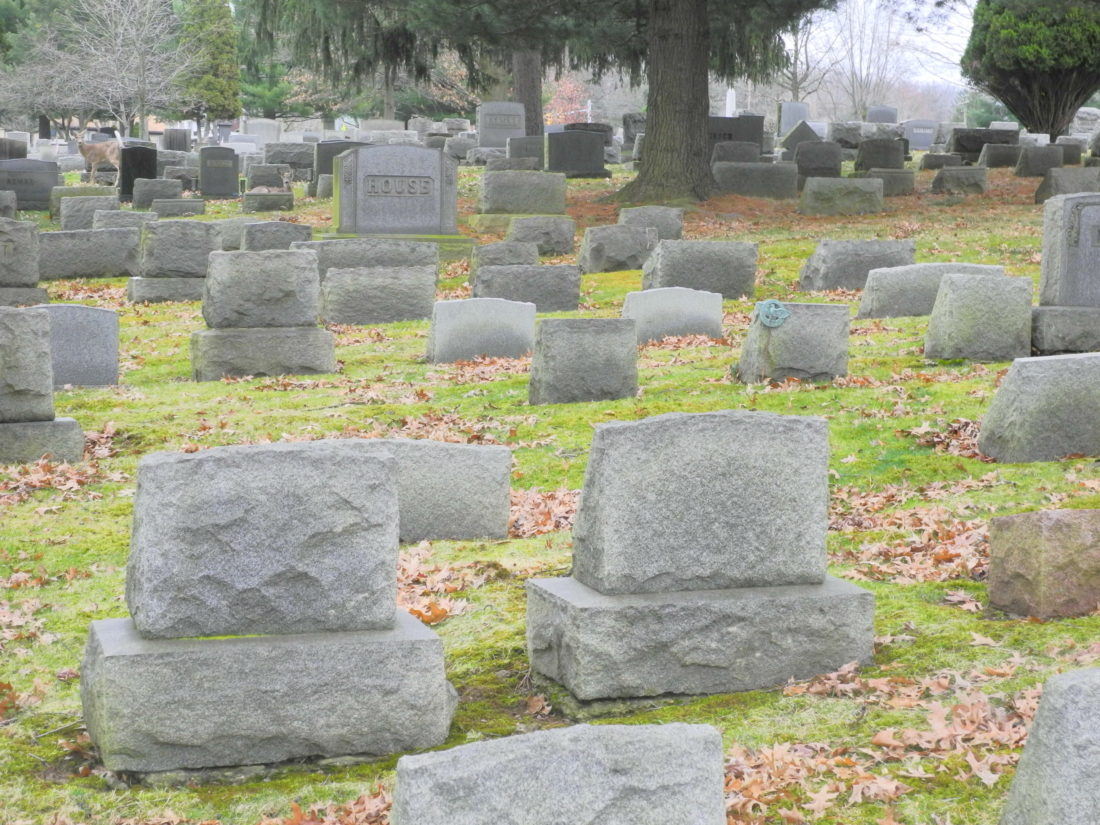 Photo by Heather Ziegler Drug overdose deaths in West Virginia are putting a strain on families, funeral homes and the state budget.

The state of West Virginia has paid for so many burials for indigent people who have died from drug overdoses that the funding has run out five months before the end of the current fiscal year on June 30.

Frederick Kitchen, president of the West Virginia Funeral Directors Association, said the state Department of Human Services earmarks about about $2 million a year to help cover the burial costs for indigent people. The state offers funeral homes $1,250 per person to cover burial expenses in cases where the deceased has no funds nor anyone willing or able to pay the funeral costs.

“The Department of Human Services ran out of that money at the end of February. We’ve got five months with no money available. Funeral directors do what they can but this creates a hardship for a lot of funeral homes,” Kitchen said.

Kitchen said there have been so many drug overdose deaths in West Virginia, it often takes two to three weeks for the state medical examiner to complete the required autopsies. He said families then have the added stress of not being able to carry out a funeral for weeks after a death occurs.

Unattended deaths of people 50 and younger often calls for an autopsy, Kitchen said.

“The biggest thing we are seeing is it’s putting a strain on the state medical examiner’s office being overwhelmed doing autopsies. Families sometimes have to wait two or three weeks to get their loved ones back and have a funeral,” Kitchen said. “It puts a lot of hardship on families after getting the worst news of their lives.”

Heroin can spell disaster for more than just the addict, and no one knows that better than funeral home directors tasked with handling final arrangements for the scores of addicts who have died in the local area.

Eric Fithyan, funeral director and planner for James and Chambers funeral homes in the Northern Panhandle, has seen how the drug overdose deaths have affected families in many ways. His funeral homes have earned excellence awards in the industry for their funeral service practices. Fithyan, named a “Young Gun” by West Virginia Executive magazine, is noted for his strong community involvement.

“The biggest and hardest thing is dealing with those left behind. A drug overdose death is almost like a suicide or unplanned death, and there is no way to alleviate the grief,” Fithyan said.

Some elements of the overdose deaths aren’t readily seen by the public, but don’t go unnoticed by funeral directors. Fithyan said parents or grandparents will spend a fortune on a child or grandchild who is fighting an addiction. And addicts often target their own family members for money to support their addictions.

“Then they (parents and grandparents) can’t have the funeral they want because they spent all their finances on the child or grandchild. In some case they are taking care of the addict’s children who have become wards of the state … It’s almost a form of elder abuse.”

Many overdose deaths in the Ohio Valley have occurred among the younger population, most of whom don’t have life insurance, funds to cover a funeral or even jobs. Fithyan said it’s difficult enough for families dealing with the loss of a loved one, and the financial responsibility is another facet of the loss. Some children are still on their parents’ insurance policies until the age of 25, but for many, the financial burden falls on the families.

“Most of our families (of addicts) are worn out leading up to it (the death of a loved one). However, a lot of times we deal with the families asking the ‘what ifs,'” Fithyan said.

While it is the nature of their business to deal with emotional grief, Fithyan said he and his staff maintain their composure due to their spiritual beliefs, especially when seeing so many young people losing their lives to addiction.

“In my organization, there are a lot of spiritual-minded people. We have a clergy person on staff to work with us,” Fithyan said. He said staff members have to be honest about their feelings if they feel overwhelmed and need to step back from a situation. Seminars are helpful, too, Fithyan said, including one he and his staff recently attended regarding being kind to others, including fellow workers.

“It can be especially overwhelming for the younger staff seeing a segment of their society dying from these drugs,” Fithyan added.

“When I was county coroner about five years ago it was an issue then. It has just exploded since then,” Fahey observed.

He knows firsthand that drug addiction and its resulting deaths do not discriminate.

“It’s the unnatural balance of life when parents are burying their children. This addiction knows no boundaries … not your status in society. I’ve seen good families watch over their kids and still it happens,” Fahey said of the drug culture. “I feel so badly for these families.”

The number of young people dying from drug overdoses has been a challenge even for the most seasoned funeral directors. “It affects all of us. Younger people on our staff are seeing people their own age, 20s and 30s, dying. They are coming eyeball to eyeball with mortality,” Fahey commented.

Fahey said he struggles with the “whys” of the addiction craze. “Even when they know the risks, they are still chosing to do it. I can’t grasp it,” he offered. “If you don’t believe in God it would be very difficult to be in this profession. It’s difficult enough without a spiritual connection.”

Fahey believes education about the dangers of drugs must start at home. He also agrees that getting the word out — whether in an obituary or on social media — can be a way of educating the public that it can happen to anyone. It should not carry the stigma it once did when families remained silent on the issue, he said.

Connie Grisell with Grisell Funeral Homes in West Virginia and Ohio, said anytime a young person dies, whether expected or suddenly, it is difficult for all involved.

“What I’ve seen is families aren’t prepared to deal with the emotional side when it involves a young person,” Grisell said. “It’s an epidemic everywhere but we haven’t seen a heavy caseload.”

In Wheeling, James Kepner said the the Kepner family of funeral directors and their staff have taken extra steps to ensure any family dealing with an overdose death is treated with the kindness and understanding needed during such tragedies.

“We are trained when anybody walks in the door we are going to take care of them to the best of our ability. We get them into the showroom, and as gently and politely as possible, we get them through the process.”

Kepner acknowledges the drug epidemic is taking its toll on the communities, but said it’s not confined to one age group. “We have seen 50 to 80-year-olds who have overdosed. It’s not just the young people.”

He believes the accessibility of opiods has fueled the addiction level and deaths, but believes city and state officials are doing the best they can in fighting the drug war.

Kepner said the most difficult time for families dealing with this particular type of death is after they leave the funeral service and return home. “That’s when they starting asking why,” Kepner said.