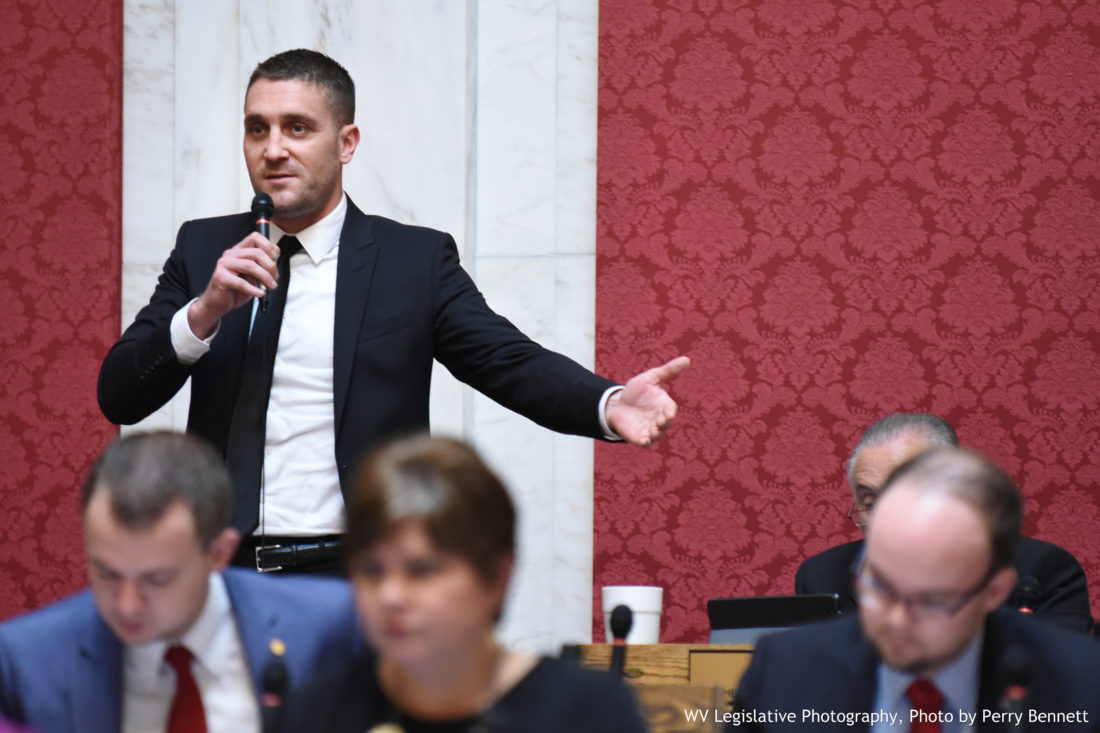 WHEELING — The West Virginia House of Delegates passed its version of a revenue bill Friday on what was the sixth day of a special legislative session in Charleston called for setting the state’s 2018 budget.

Despite a long agenda of proposed amendments, House Bill 107 was approved with few changes from the measure passed Thursday by the House Finance Committee. It would maintain West Virginia’s consumer sales tax at 6 percent, but would eliminate sales tax exemptions on cellphone services. It also would make no changes to the state’s coal and gas severance tax rates, but would gradually eliminate all taxation of Social Security within the next three years.

Military income would be exempted from taxation under the bill beginning Jan. 1.

The measure passed with a vote of 74-17. Voting in favor were delegates Mark Zatezalo, R-Hancock; Phil Diserio, D-Brooke; Erikka Storch, R-Ohio; Shawn Fluharty, D-Ohio; Mike Ferro, D-Marshall; David Pethtel, D-Wetzel; and William “Roger” Romine, R-Tyler. Delegate Joe Canestraro, D-Marshall, was not present, but paired a “yes” vote with a “no” vote from Marshall Wilson, R-Berkeley to have his vote counted.

Among those voting in opposition were Delegate Pat McGeehan, R-Hancock.

“The bill imposes more than $100 million in new taxation on our residents — on everything from cellphones to monthly landline telephone bills, to home improvement labor and housing construction,” McGeehan said. “We are the only state in the union losing population, and we just cannot keep taxing hardworking folks to fund overspending in Charleston. There were some good parts to the bill, but they were merely added to lure others into voting for this large tax increase. They are promising to phase out taxing Social Security benefits and military pensions in the future. But those phase-outs will not go into effect until quite some time from now. I simply don’t trust some of these people to keep their word on those future promises.”

Storch and Fluharty were among the sponsors of an amendment seeking to raise the tax credit cap on historic renovations projects as proposed in the bill from $20 million for all projects statewide to $30 million, while a second amendment from the sponsors sought to eliminate a $3.7 million cap on individual projects.

Both amendments were rejected in the House.

“Back home, we have four projects set to go if we pass this legislation the right way,” he said. “I’m hearing these could total $44 million in investments. I’m worried there will be a race for the money, and some projects won’t get done. The $30 million seems more reasonable.”

An amendment allowing those rebuilding after natural disasters to have exemptions on the first $40,000 in labor costs was approved by the House.

The House is recessed until 4 p.m. Tuesday.

The Senate, meanwhile, was recessed on both Thursday and Friday. Members are scheduled to reconvene at 11 a.m. Monday.