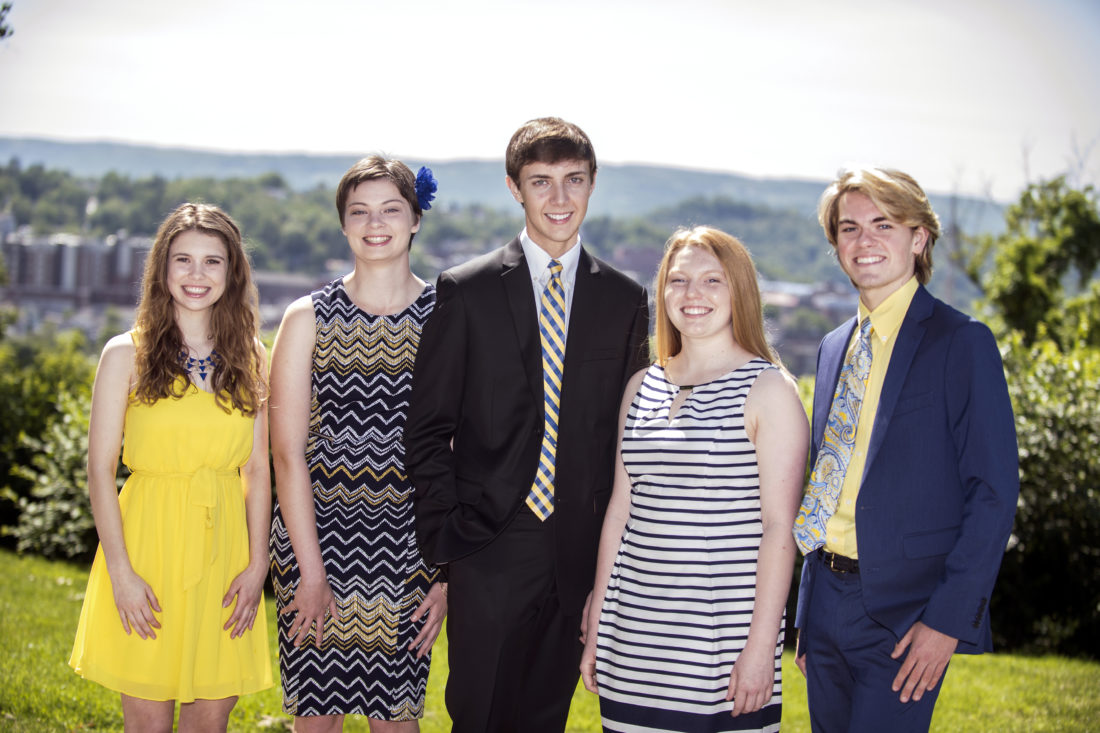 In addition to the Wheeling Park students, the group included the first recipient from tiny Wirt High School, as well as others from Morgantown and Hedgesville high schools.

“You are joining a learning community that will challenge and excite you,” WVU President E. Gordon Gee said in introducing them at a luncheon at Blaney House.

“WVU is a land-grant institution established to make a difference in people’s lives. It is also a liberal arts university to discover a cure for cancer and write the great American novel.”

Wheeling Park High School Principal Amy Minch commended Craig and Demasi for their accomplishment. She said it is an outstanding achievement, and she anticipates continued success for them.

“They are both outstanding students who took full advantage of every opportunity at Wheeling Park High School,” Minch said. “I believe they’ll be very successful in any endeavor they wish to pursue. West Virginia University will be very lucky to have them.”

Craig, of Wheeling, has worked toward his college goals throughout high school, holding three jobs during his high school career. Craig said he “wants to see the world,” and will likely use his stipend for travel in Central America.

The son of Bob and Robin Craig, he was a member of the Wheeling Park High School debate team. He plans to major in international studies and work on economic development in foreign countries.

Demasi, also of Wheeling, is keenly aware of environmental issues and has developed a building material made from waste paper, fly ash and lime. The daughter of Regina and Larry Demasi Jr., she was a member of the Wheeling Park High School debate team.

Demasi wants to study abroad with Not Impossible Labs, a nonprofit engineering organization that uses technology to advance society. She plans to major in biomedical engineering and pursue research in organ and limb development.

Twenty high school seniors — all Bucklew Scholars — competed last month for the prestigious Foundation Scholarships for West Virginia students. Foundation Scholars receive in excess of $87,000 to cover college costs for four years of undergraduate studies, including tuition and fees, room and board and a book stipend. They will also each receive a $4,500 stipend to be used to broaden their horizons through study abroad or academic enhancement opportunities such as internships.

“The company you keep is quite impressive,” she said.

All five students have already earned excellent credentials in academics, leadership and community service, Roth said, noting their work will continue as they explore WVU as Mountaineers.

Students must meet a rigorous set of criteria to qualify for the Foundation Scholarship, including holding West Virginia residency, possessing a minimum grade point average of 3.8 and achieving a minimum composite score of 30 on the ACT or 1,340 on the SAT college entrance exams. 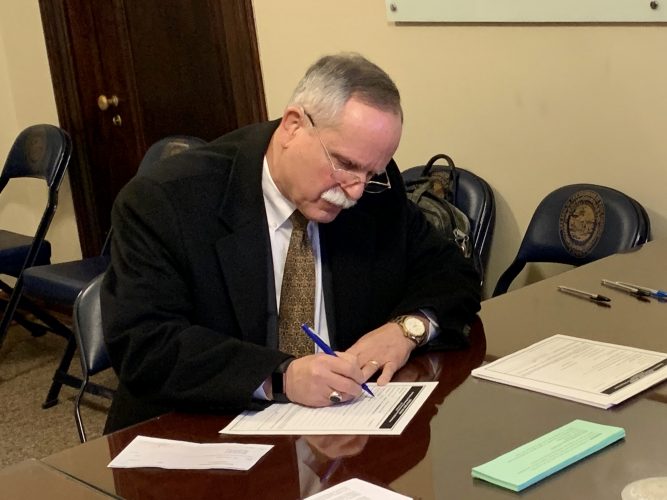