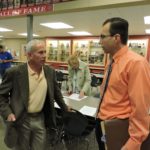 HANNIBAL — Since the closing of Ormet Aluminum Corp., Monroe County has been struggling with one of the highest unemployment rates in the state, but the natural gas industry has given the county hope for real economic development.

The latest reason for hope is a new proposed natural gas-fired power plant that has already been permitted by the Ohio Power Siting Board for construction, but is awaiting final approval of air permits from the Ohio Environmental Protection Agency.

The Ohio EPA hosted a public hearing Wednesday evening at River High School as part of the permitting process, which provided interested parties a chance to put their views about the project on the record. An estimated 130 individuals attended the event, with a dozen going on the record in support of the Hannibal Port Power Combined Cycle Electric Generating Facility.

There was no open opposition to the project at the hearing.

Emily Deshaies of the Ohio EPA gave a brief presentation of power facility’s permit application, before opening the floor for questions and comments. Deshaies said the project developers are committed to using “state of the art controls” and monitoring systems on emissions that are in compliance with Ohio EPA limits.

Speakers urged the Ohio EPA to approve all permits, due to project leaders’ promise to bring 300-350 temporary construction jobs to the area and at least 20 permanent skilled trade jobs. Monroe County Economic Development representative Jason Hamman said the plant would likely act as a catalyst to attract more development to the former Ormet property at Center Port Terminal along the Ohio River.

“From an economic developer’s standpoint, I can’t express to you how thankful I am to see new, long-term development coming here,” Hamman said.

Switzerland of Ohio Local School District Superintendent Jeff Greenley spoke about the new sense of hope in the community revolving around the project.

“We talk in our school district about hope — the audacity to have hope in our area to have a better future for our kids,” Greenley said. “It’s no secret we have had our times of struggle in this area, and we know that the jobs have not always been here. We are committing to have our kids grasp the vision of a hopeful future, and to know that the hard work they are putting into their school and their homework and their assessments is going to pay off in the form of a good job. We cannot overemphasize the importance of this project and our commitment to it.”

Monroe County Chamber of Commerce Director Barbara Carslund shared her views on the importance of the project to spur economic development, but also expressed approval at the way the project has progressed with developers pledging to use state-of-the-art technology that will leave a small footprint on the environment and keep employees healthy.

“My own dad died of mesothelioma … but this power plant provides us a world-class power facility and an opportunity to be good stewards and to leave our children and grandchildren in better hands,” Carslund said. “We encourage you at the EPA to look favorably upon this request and to help us financially get back in the game.”

County Auditor Pandora Neuhart and Commissioner Mick Schumacher both spoke about the need for the plant for future economic development and jobs.

Ed Looman of the Appalachian Partnership for Economic Growth, the JobsOhio affiliate for the Appalachian Region, said he has seen the benefit of projects like this in other counties, and has worked with owners at Center Port Terminal to bring companies to the site.

“I’ve shown that property to a number of different prospects, and hopefully one of them will come to fruition. This power plant is certainly a start,” Looman said. “The shale play has been good to us, and hopefully that will continue with the (proposed) cracker plant coming in to Belmont County.”

Affiliated Construction Trades Ohio representative Rob Dorns and Bill Hutchinson of Marietta also gave their testimony about the benefits of the project, including jobs, economic growth, environmental stewardship, and help for the opioid epidemic.

“We were very sorry to see Ormet close. However, this project could be the catalyst for significant redevelopment of the 1,700-acre site. This redevelopment means jobs,” Hutchinson said. “If you want to see the local economy drastically improve, bring jobs to the area. If you want to see the scourge of the opioid epidemic abuse eliminated, bring jobs to southern Ohio.”

Monroe County Treasurer Taylor Abbott and Board of Commissioners President Tim Price also gave testimony, with Abbott saying the plant would begin a “chain reaction” of economic development, while causing “little disturbance to the public” or the environment.

“This county is made up of some of the finest and hardest-working people I know. They don’t want government handouts and they don’t want anyone’s sympathy. They want jobs,” Abbott said.

The Ohio EPA is accepting written comments on the project through Monday. Comments should be mailed to Deshaies at the Ohio EPA Southeast District Office, 2195 Front St., Logan, OH 43138; or emailed to emily.deshaies@epa.ohio.gov.

An employee at one of the Sheetz convenience stores at The Highlands has tested positive for COVID-19, the company ... 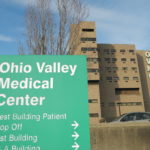 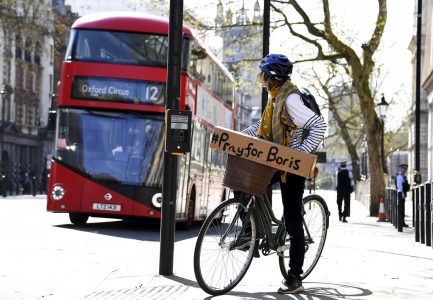 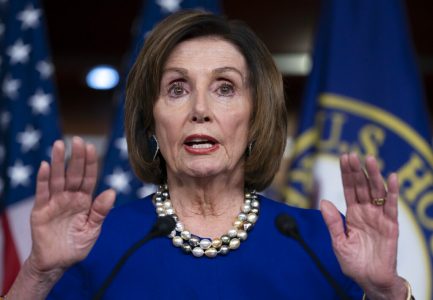 Virus Deaths Slow in Places, But British Premier Gets Worse