EQT to Spend Additional $2.2B in New Shale Wells 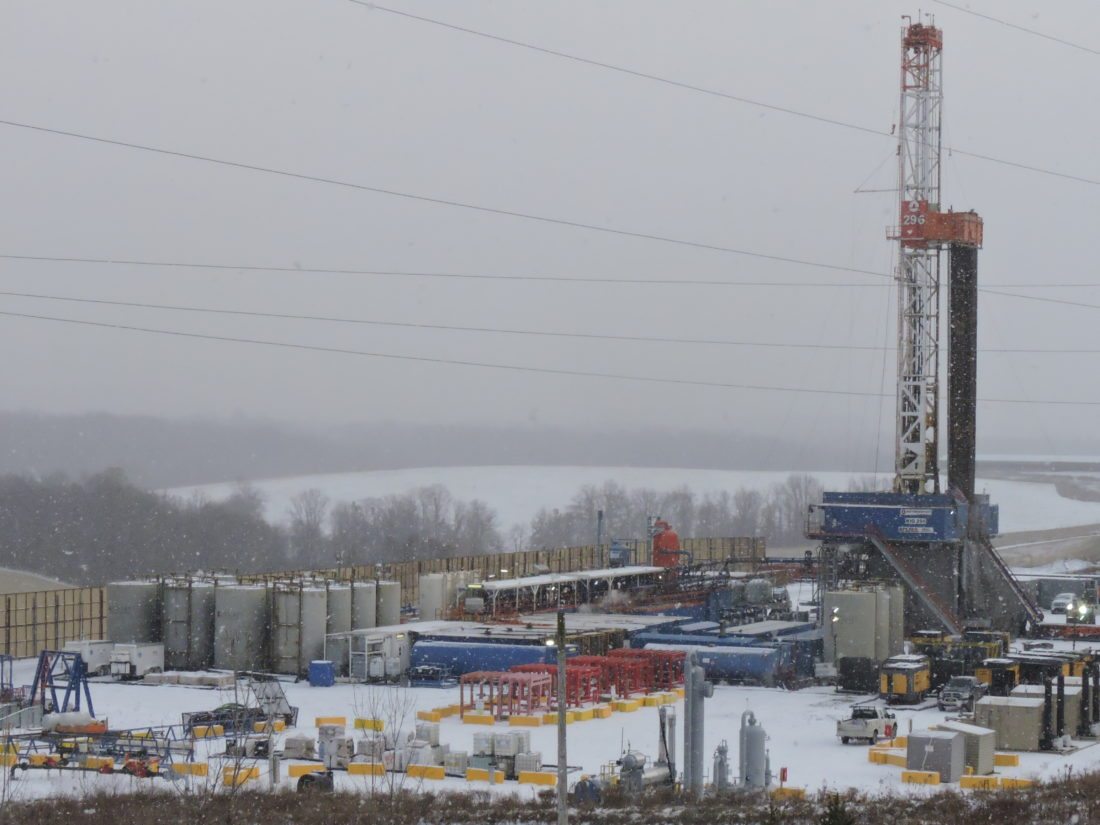 Belmont County drilling sites that Rice Energy once operated are now under the ownership of EQT Corp., a Pittsburgh-based firm that plans to drill 38 new wells in Ohio during 2018 with an average horizontal leg of more than 2 miles. Photo by Casey Junkins

Company officials said they hope to drill 38 new natural gas wells in Ohio during 2018, each with an average horizontal leg stretching more than 2 miles.

All of this comes as Smith-Goshen Rice Enrichment Fund officials work to raise and donate funds, with board member Lova Ebbert sure these activities will continue in the future.

“We are very grateful for everything Rice Energy did for Belmont County,” Ebbert said. “Clearly, EQT realized that Rice had good assets and wanted to buy them. We are hopeful that EQT will continue to support us, but the fund will go on either way.”

EQT officials did not immediately respond to requests for comment about the company’s participation in the fund.

Other major drillers working in Belmont County include Gulfport Energy, Antero Resources, XTO Energy and Ascent Resources, but EQT inherits many of the most productive operations from Rice.

“We have already begun to realize synergies associated with completion of the Rice Energy acquisition, which include an estimated $100 million reduction in our projected corporate general and administrative expenses,” EQT President and CEO Steve Schlotterbeck said.

For 2018, EQT projects selling a total of 1.5 trillion cubic feet of natural gas from all of its operations across Ohio, West Virginia and Pennsylvania. In addition to the Ohio wells, EQT plans to drill 111 in Pennsylvania throughout the year, along with another 28 in West Virginia.

As for the fund that Rice Energy and others started to help Belmont County, Ebbert said the entity remains strong.

“Our enrichment fund will continue as it has in the past. All the money still has to be used for the good of Belmont County,” she said. “We raised over $50,000 in August.”

EQT acquired 21 well pads from Rice, all of which are located in Smith, Goshen or York townships.