Recreational Marijuana Unlikely To Be on the Agenda 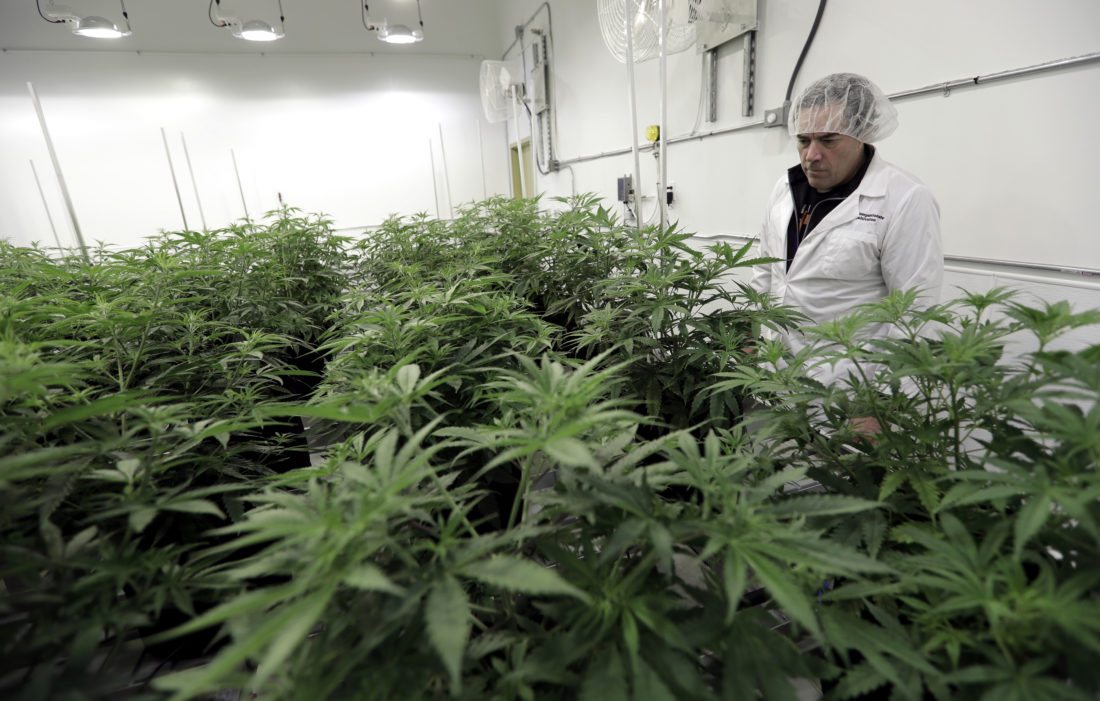 Morris Denton looks over marijuana plants in a flowering room at Compassionate Cultivation, a licensed medical cannabis cultivator and dispensary, Thursday, Dec. 14, 2017, in Manchaca, Texas. Texas is the last major holdout to relent on medical marijuana bans that began easing nationwide around the time Colorado legalized recreational use in 2012. (AP Photo/Eric Gay)

Senate Majority Leader Ryan Ferns, R-Ohio, said a move to make the use of cannabis lawful might not even prove financially beneficial to the state. He has been advised by lawmakers in Colorado — a state known for its legalization of marijuana — that revenue from marijuana is not an answer to a state’s financial woes.

West Virginia’s projected budget deficit for the current fiscal year was projected to be as high as $500 million — but now that figure is believed to be considerably lower. Colorado, meanwhile, has reported an expected deficit of $700 million for fiscal year 2017-18, despite levying five different taxes on marijuana sales.

“I have talked to leaders in Colorado — the actual legislators who have been a part of process,” Ferns said.

“They have cautioned me that they don’t believe the legalization of marijuana marijuana is the solution for a state’s budget woes. Advocates say it will solve our budget woes, but that’s absolutely not the case. … If marijuana is the end-all, be-all, it’s hard to explain why they have a greater deficit than what we face after three years of having legalized marijuana.”

Colorado doesn’t tax medical marijuana, and neither will West Virginia. Mountain State lawmakers moved this year to legalize medical marijuana, which will be available by prescription in the form of pills, oils, gels, creams, ointments, tinctures, liquid and non-whole plant forms for administration through vaporization. Marijuana buds will continue to be illegal, as will the cultivation of marijuana at home.

Ferns, a physical therapist, said he is supportive of the concept of medical marijuana, as there is some consensus in the medical community that cannabis can be an alternative to prescription painkillers.

“The opioid problem is one of the most serious problems our state faces,” Ferns said. “Experiencing this as a remedy is worthwhile.”

Meanwhile, Delegate Shawn Fluharty, D-Ohio — a lawyer — supports the legalization of recreational cannabis. This year, he was the only local legislator taking part in an informational trip for public officials sponsored by the West Virginia Department of Tourism to observe Colorado’s marijuana operations and speak with lawmakers.

Still, Fluharty said he doesn’t expect any action on recreational marijuana in West Virginia until the new state law pertaining to medical marijuana is fully implemented, and its impact is assessed.

In West Virginia, medical cannabis won’t be available for prescription until July 2019 — when a newly created West Virginia Office of Medical Cannabis begins to issue patient identification cards to those with ailments meeting qualifications for use.

“I was one of the biggest supporters of the medical marijuana legislation, and absolutely supported its passage,” he said. “This will help many people — especially veterans, and cancer patients who are considerably ill. But the bill needs tweaked. It’s not the perfect perfect piece of legislation,” Fluharty said.

According to Fluharty, the measure as passed by the Legislature, drastically limits the number of people who can participate in the program, and “makes it overly cumbersome on physicians and business owners.”

As for the legalization of recreational cannabis, Fluharty said he believes West Virginia lawmakers need to look past Colorado’s revenue numbers and instead look at employment statistics and the impact on the number of opioid deaths in the state.

“We should consider in West Virginia anything that’s beneficial to the state,” he said. “When you look at Colorado, you have to look at job numbers, and at the decrease in the number of opioid deaths. In Colorado, they have seen a dramatic decrease in the black market for marijuana since marijuana was legalized, and there has been a migration of young people to Colorado. Everything shows Colorado has one of the best-moving economies in the nation.”

Senate Majority Whip Ryan Weld, R-Brooke — also an assistant prosecutor in Brooke County — voted against the legalization of medical marijuana this year. He said his decision wasn’t based on the merits or drawbacks to the bill, but because he knows marijuana use remains illegal at the national level.

According to the “supremacy clause” of the U.S. Constitution, state laws cannot override federal law.

Weld said during his two years as an assistant prosecuting attorney, he remembers prosecuting only two marijuana-related cases.

“If federal government legalizes marijuana, so be it,” Weld said. “Until they do, we shouldn’t do anything about legalizing it. West Virginia has much bigger problems than that.”