Gov. Jim Justice to W.Va. Teachers: Go Back to Class

Special Session Of Legislature Is a Possibility 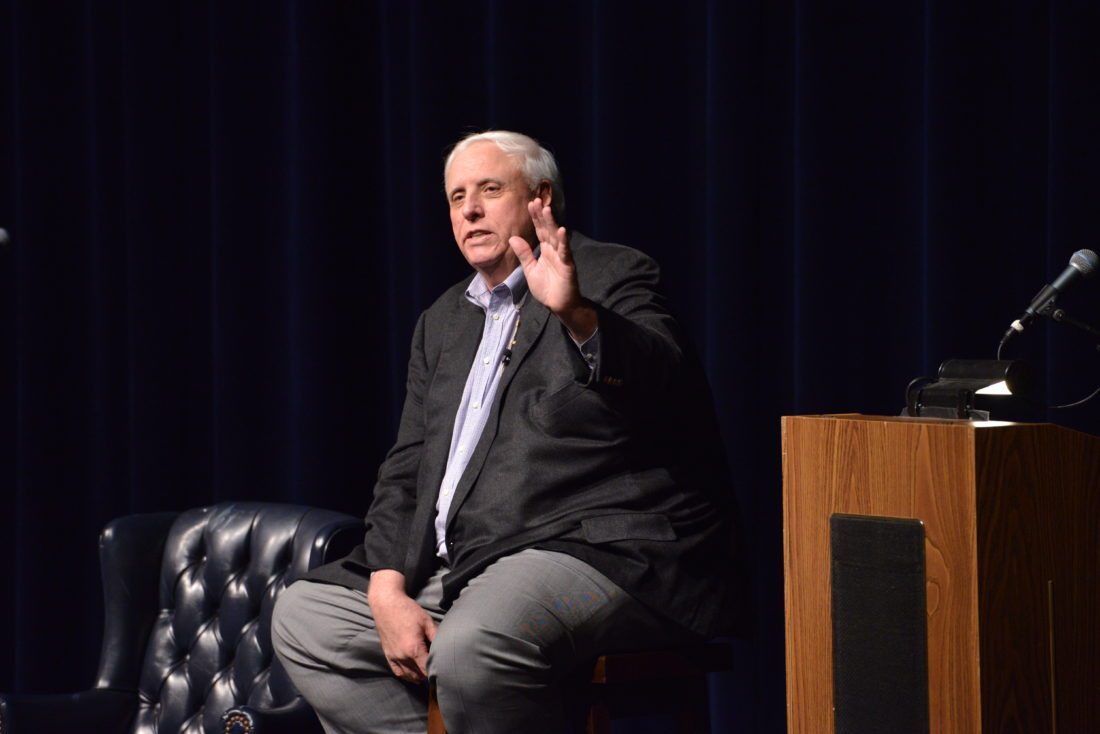 WHEELING — West Virginia Gov. Jim Justice told public school teachers and employees in Wheeling today “you need to be back in the classroom.”

He promised them he would establish a task force to look into their concerns with rising Public Employees Insurance Agency premiums in the coming days, and would call a special legislative session intended to address issues with collecting more revenue from the oil and gas industries.

Justice said the money from the energy producers is needed if the state is to have enough money for teachers’ raises.

Justice addressed a crowd of teachers and school employees from throughout the Northern Panhandle who gathered in the performing arts center at Wheeling Park High School. The crowd was largely respectful, but most still unafraid to voice disapproval with much of what Justice had to say.

The governor had been scheduled to arrive at WPHS at 8:30 a.m. today, but his speech didn’t begin until about 9:20 a.m. A number of the teachers started to leave the auditorium at about 10 a.m., though many stayed until Justice concluded at about 10:30 a.m.

Justice began by reminding the teachers of progress he has made on their behalf over the past year to modify standardized testing requirements in the state, and to appoint “really good people” to the West Virginia Board of Education.

He said they should be patting him on the back for achievements in the state on behalf of education over the past year.

“I love you …,” Justice said to the teachers. “But I’m not happy with you. You should be appreciative of where you are …

The teachers and public employee unions are pushing a measure to raise the severance tax by oil and gas producers in the state by 2.5 percent. They contend this money would raise enough revenue to increase the wages of public school workers.

But Justice cautioned that any attempt to increase severance taxes in the state fails in the Legislature, and he reminded them of his unsuccessful attempts to establish a tiered severance tax in West Virginia last year. His comments resulted in groans from the teachers.

Justice said he would “be glad to call a special session” that would put state officials, legislators, educators and representatives of the oil and gas industries at the same table to discuss the issue of tax revenue.

“Maybe we can find a solution that satisfies everybody and raises the severance tax on gas,” he said.

John Marshall High School teacher Susanne Cubick rose and asked Justice if those appointed to the task force would be West Virginians, and not out-of-state oil producers. When he answered yes, she asked if he would promise to appoint only state residents. They shook on the issue.

Justice told him he was a smart man with good teachers.