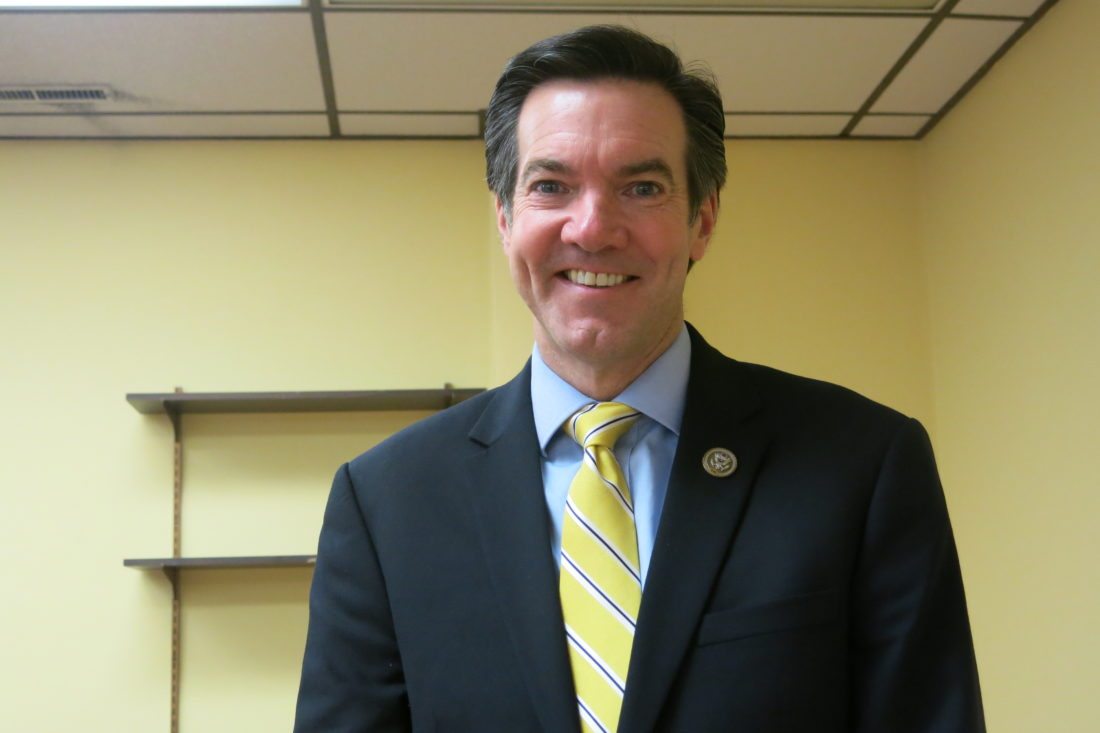 Photo by Joselyn King U.S. Rep. Evan Jenkins, R-W.Va., also a Senate candidate, poses for a photo during a recent stop in Wheeling.

WHEELING — A task force to coordinate federal government efforts against fentanyl would be created under legislation proposed by U.S. Rep. Evan Jenkins, also a current Republican candidate for U.S. Senate in West Virginia.

Jenkins said he is continuing to focus on state and national problems with opioid addiction, and presently has three pieces of legislation before the House Energy and Commerce Committee addressing the issue.

“Fentanyl is the real killer, and is responsible for much loss of life,” Jenkins said.

“Right now … we don’t have an established task force to make sure all agencies are working together to tackle this deadly substance, and we have to coordinate.”

Newborn babies born with drug addiction are a tragic casualty of opioid abuse. Jenkins was instrumental in founding Lily’s Place in Huntington, W.Va., which has now treated more than 200 babies for neo-natal abstinence syndrome.

His second measure before the House committee would take the type of care Lily’s Place provides nationwide.

“We have a bill before the Energy and Commerce Committee to take the model and allow it to be replicated around the county,” he said. “Here’s a West Virginia solution to a really tough issue.

“A newborn child is the most victimized in the opioid crisis.”

Jenkins said he also wants to tackle the drug epidemic head-on by holding drug wholesalers accountable for dumping millions and millions of pills into the community.

A third piece of legislation seeks appropriations for the Justice Department to increase the number of officers to halt the proliferation of both legal and illegal drugs into communities.

“We need to make sure we have the strongest law enforcement possible,” he said.

“We have to stop not only the flood of illegal drugs, but the flood of pills into our communities in West Virginia.”