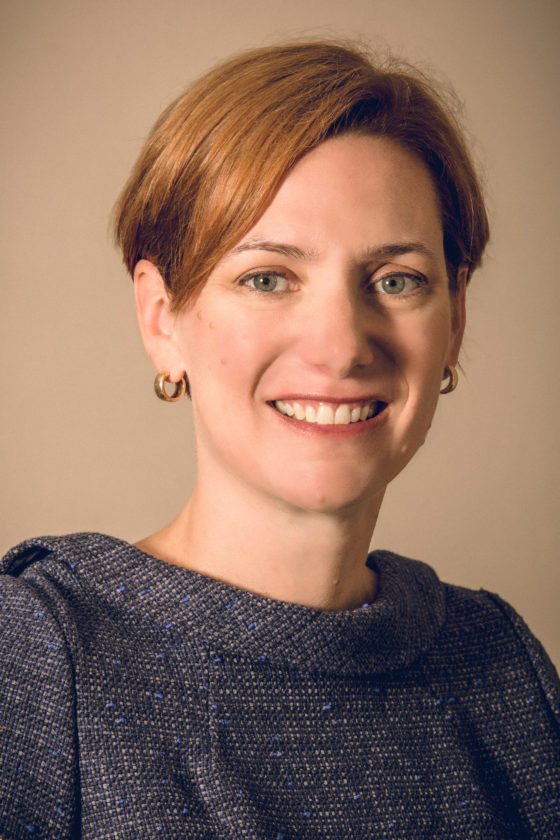 “I’m not sure my feet have touched the ground yet,” she told members of the Ohio County Democratic Women’s Club Tuesday at the First State Capitol building in Wheeling. “I won’t forget it. Like my wedding day and the birth of my children, the thrill of Election Night will stay with me forever.

“My job now is that you all understand me and what my values are so that you know I will represent you the best I can…. I’m very grateful to be that person who is going to be the standard bearer in November,” she said. “I am excited and motivated by the faith the voters have put in me.”

Fershee, 44, a Morgantown resident, is associate dean for academic affairs at the West Virginia University College of Law.

She captured 47.25 percent of the vote while winning the nomination over a well-funded campaign by former Orrick, Herrington and Sutcliffe CEO Ralph Baxter, of Wheeling, who had 38.13 percent. A third candidate, Tom Payne, received 14.63 percent of the vote.

She promised Tuesday if elected she would “be a better representative than David McKinley,” and be someone who listens to her constituents.

Fershee was asked during the meeting her thoughts on gun control. She didn’t answer directly, but spoke about the concept of freedoms and how sometimes reasonable limitations on freedoms are necessary.

“The NRA is so powerful, so influential in Congress that so much communication is stopped,” she said.

Talks about comprehensive background checks and the necessity of some makes of guns are never addressed because of this, she said.

She acknowledged she did not return the questionnaire sent to her by the National Rifle Association.

Fershee said the Democratic Congressional Campaign Committee, which provides funding to candidates for U.S. House, has yet to reach out to her following her win.

“I don’t have any money,” she said. “The irony is to get money from them, you have to have money.”