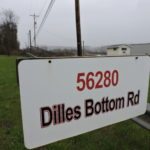 DILLES BOTTOM — PTT Global Chemical officially controls about 500 acres for building the Belmont County ethane cracker, as a deed filed this week shows the Thailand-based firm paid about $17.5 million to acquire the Ohio-West Virginia Excavating property, a parcel of about 350 acres.

Last summer, the company paid more than $13 million to purchase the former R.E. Burger power plant property, a parcel of about 150 acres, from FirstEnergy Corp. The $30.5 million in land deals are in addition to the $150 million officials said they spent so far on engineering and design work for the proposed petrochemical plant.

Still, the $180.5 million seems somewhat minuscule compared to the potential overall price tag, which officials said could now go as high as $10 billion.

“This is yet another milestone for the project,” said PTT spokesman Dan Williamson on Wednesday. “It is clearly a positive step that shows the company continues to make progress.”

Williamson, however, said this acquisition should not be considered confirmation of a final investment decision, which he said remains under evaluation.

Earlier this year, PTT officials confirmed a partnership with South Korea’s Daelim Industrial Co. Despite the partnership, only PTT’s name appears on the deeds for the large parcels acquired at Dilles Bottom.

In March, Gov. John Kasich joined officials representing both Asian firms at the Ohio Statehouse in Columbus to discuss the massive endeavor. Officials said the Dilles Bottom site offers many advantages, particularly its proximity to plastics markets along the Eastern Seaboard. In contrast, the ethane crackers along the Gulf Coast require the raw material to be shipped southward for processing — and then shipped back north for sale as finished product.

PTT Chief Operating Officer Kongkrapan Intarajang said in March officials would make use of the local resources, likely powering the giant plant with natural gas. He said the cracker likely would process about 100,000 barrels of ethane each day.

Ethane is one of the liquid forms of natural gas prevalent in Marcellus and Utica shale wells. Any ethane cracker will take the ethane to “crack” the liquid into ethylene. Most of this material is pumped out of the region via pipelines such as the ATEX Express, Mariner East and Mariner West and the Utopia.

Developers and public officials said the Belmont County ethane cracker would create about 6,000 construction jobs and 500 permanent jobs. However, these numbers could be higher if the plant spurs an entire petrochemical industry along the Ohio River, officials said.

Although Williamson said developers control enough property to build the plant, he also said owners of smaller parcels should contact the company if they are interested in selling. Attorney Jonathan Turak still hopes to get a better deal for 10 nearby landowners he represents.

“We still want to hear from other property owners,” said Williamson.