I-70 Bridge and Road Work Bids Too High; Must Be Rebid 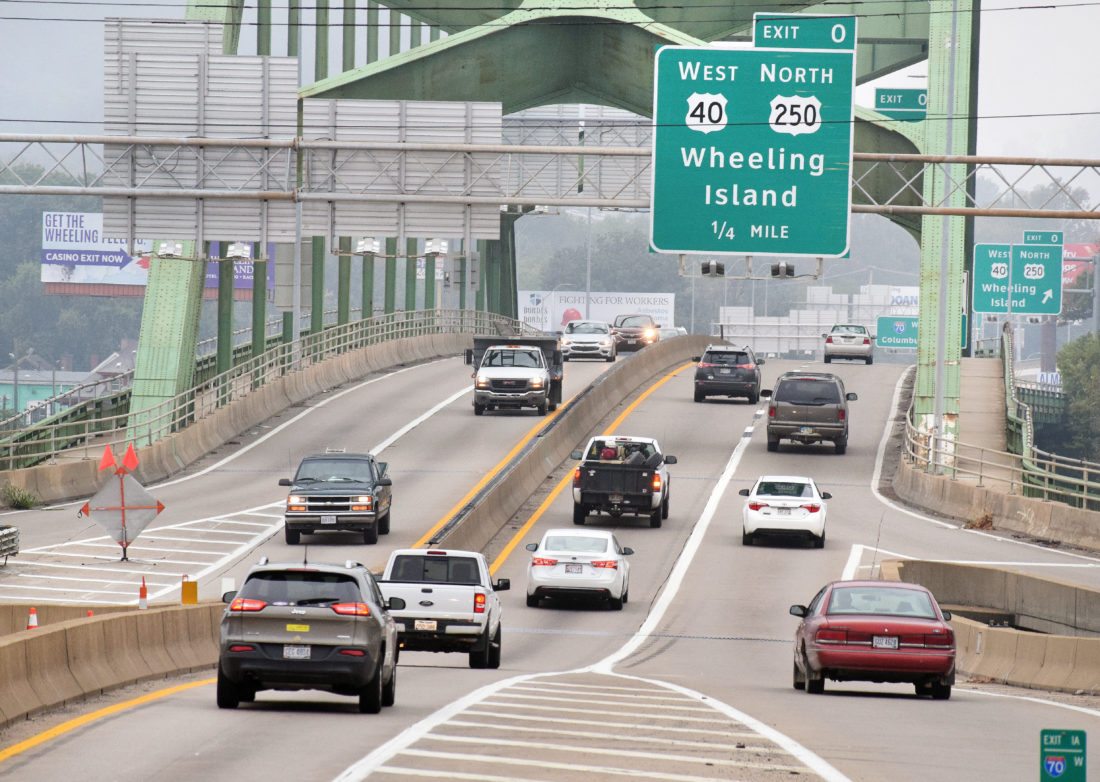 File Photo by Scott McCloskey Traffic crosses the Fort Henry Bridge in Wheeling. The West Virginia Department of Highways expects the rehabilitation of bridges along Interstate 70 in Ohio County to cost $172 million, and it is the largest single item on a long list of projects to be paid for by a $1.9 billion road levy passed by West Virginia voters last fall.

CHARLESTON, WV- Gov. Jim Justice announced today that the West Virginia Department of Transportation has rejected bids received for the I-70 bridges and paving project in Wheeling and has begun a review and evaluation to change the scope of the project so that it may be re-bid.

“The bids we received were too high and we can not afford to award contracts if we can’t justify the higher cost,” said Gov. Justice. “So, we will remain prudent in the process while at the same time making sure we get this extremely important work done under my Roads to Prosperity plan.”

The project’s scope included repair or replacement of 25 bridges, as well as pavement reconstruction throughout the I-70 corridor. The low-bid amount received in July was $275,158,746, much higher than expected. The original bid estimate for the local projects was $170 million and later revised to $201 million.

In recent months, the volatility of market conditions, particularly markets concerning the construction and material supply trades, have made project prices fluctuate significantly.

“Before a decision is made to award any contract, our team evaluates every bid we receive to make sure it not only meets the project criteria but also that higher costs are justified,” stated Secretary of Transportation Tom Smith. “After evaluating the bids we received in July, it was determined they were just too high to award. We remain committed to the project, but Governor Justice has directed us to ‘live within our means, therefore, we will examine options to resize the scope of this necessary project so it may soon be re-advertised to encourage reduced costs.”