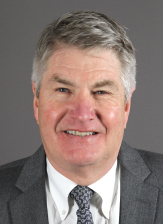 CHARLESTON — In a surprise move, the director of the West Virginia Lottery has resigned the day before the first sports betting operation goes live in the state.

Alan Larrick, director of the West Virginia Lottery Commission, resigned today, according to a release from the Governor’s Office.

“After the successful launch of sports gaming at the Hollywood Casino in Charles Town yesterday, Alan Larrick informed Gov. Jim Justice that he would step down as the Director of the West Virginia Lottery effective September 1, 2018,” the release said.

Justice appointed Larrick Director in January 2017. Larrick, a Beckley native, has worked as an attorney for 38 years in Beckley, forming the Larrick Law Offices in 1996.

“There is no question he has done an excellent job and he will be missed,” Justice said.

Phone calls to the Governor’s Office, the Lottery and Larrick’s law office were not returned. The state Department of Revenue, which oversees the Lottery Commission, had no clue when called today shortly before the Governor’s statement was released.

“I had not heard that, I had no idea,” said Kathy Torlone, an executive assistant to Secretary Dave Hardy and listed as the contact for interviews. “Nobody in this office had heard anything.”