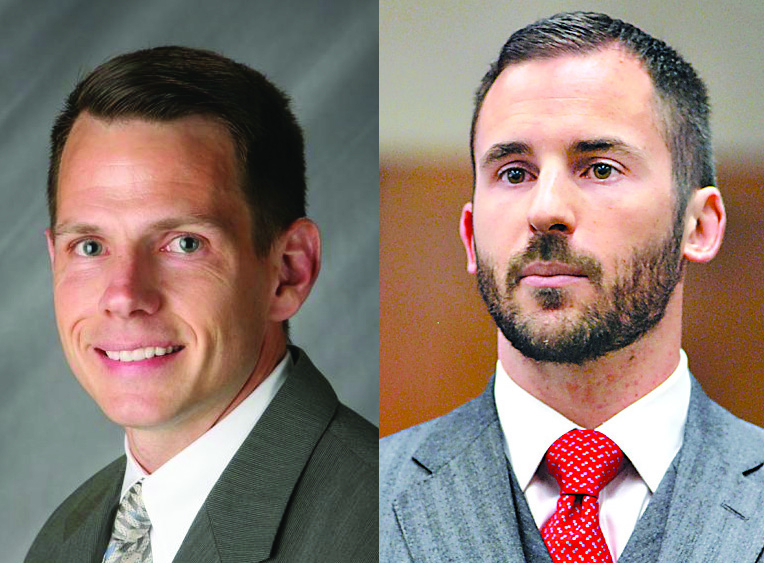 To help residents learn more about the candidates, The Intelligencer and Wheeling News-Register will host a debate between the two from 6:30-8 p.m. Wednesday, Oct. 24, at West Virginia Northern Community College’s B&O Building in Wheeling.

The event will feature a series of questions to the candidates ranging from how each believes state government should operate to the needs in the First Senatorial District, which stretches from Hancock to Ohio counties. The upcoming Interstate 70 rehabilitation project, and how the state Department of Transportation plans to handle it now that it’s been put back out for another round of bids, also will be a highlight.

“We are pleased to continue a process we started about a decade ago in featuring debates between candidates for key races in our region,” said John McCabe, managing editor of The Intelligencer and Wheeling News-Register. “As we looked at our local ballot this year, the race between Bill Ihlenfeld and Ryan Ferns stood out as one that could define how local voters are thinking. Both men bring a wide range of experience to the table, so we’re very eager to see them square-off in a public venue.”

Ferns, 35, has been in state politics since 2010 when he was elected to the West Virginia House of Delegates as a Democrat. He switched parties in 2013, and was elected as a Republican in 2014 to the state Senate. He currently is ending his first term in the Senate and serves as Senate majority leader.

Ferns is a graduate of Wheeling Central Catholic High School and Wheeling Jesuit University, where he earned his doctorate in Physical Therapy.

Ihlenfeld, 46, served as U.S. Attorney for the Northern District of West Virginia from 2010-16 and as an assistant prosecutor in Ohio and Brooke counties from 1997-2010. During his time as U.S. Attorney, Ihlenfeld formed a public corruption task force for the district, with his efforts yielding multiple convictions and jail time in a West Virginia Division of Highways bid-rigging and criminal racketeering enterprise.

Ihlenfeld is a graduate of Wheeling Park High School and West Virginia University’s College of Law.

“The outcome of this state Senate race may well be crucial in determining how the many pressing, sometimes controversial, challenges facing our state are addressed in the future,” commented J. Michael Myer, executive editor of the News-Register and The Intelligencer. “We think it’s important to give local voters the opportunity to listen to both candidates, side by side and answering the same types of questions about those issues. This is an important election –and the debate offers a valuable opportunity to compare the candidates.”