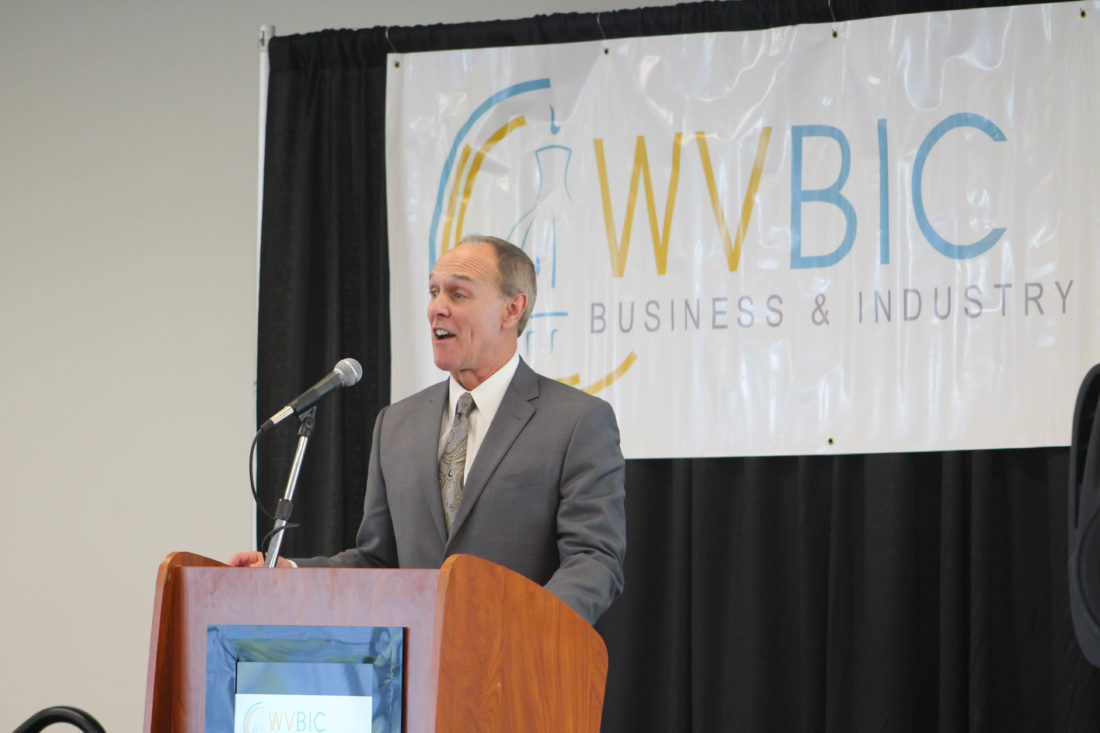 CHARLESTON — With the 2019 legislative session just around the corner, leaders of the West Virginia Legislature gave representatives of the business community a small taste of what to expect next year.

Carmichael, entering his second term as Senate president and halfway through his second term representing Jackson County, said it was important now to look at the ways West Virginia has improved since Republicans took control of the Legislature in 2014. These include legal reform, right-to-work, eliminating prevailing wage for public works projects, and holding the line on spending and tax increases. He said these decisions have led to over five months of positive revenue surpluses.

“When you look back over the 83rd West Virginia Legislature, look at what a significant time in our state history that was,” Carmichael said. “We made the tough decisions and because of that, we have a surplus. Today we went from the greatest deficit to one of the largest surpluses in a two-year period.”

Carmichael pointed to several challenges over the last year, including the longest teachers’ strike in state history and the impeachment turmoil at the West Virginia Supreme Court of Appeals.

Despite these challenges, Carmichael said, the Legislature managed to pass pay raises for teachers and state employees, plus send a constitutional amendment to voters that gives legislative oversight to the Supreme Court’s budget.

“This state is pointed in the right direction. It feels good to be a West Virginian now,” Carmichael said.

Still, Carmichael said there are more challenges to overcome, including the state’s low workforce participation rate and its low educational attainment rate. To kill two birds with one stone, Carmichael said he plans once again to push for passage of free or reduced tuition to the state’s community and technical colleges. Participants would be required to remain in the state for two years after receiving a degree or pay the tuition back, as well as be drug tested and participate in community service.

While not free, Carmichael said a combination of federal dollars and state funding can make a difference.

“There are jobs and opportunities available for those with the proper skill sets,” Carmichael said. “For goodness sake, let’s remove the financial impediment finally to attaining a community and technical college education so we can make these people productive members of society, change the cycle of poverty that grips some of these families, and give them the opportunity and hope to truly make a difference in their lives.”

“She is a former public-school teacher and an amazing advocate for change,” Carmichael said. “She’ll do a great job in bringing forth bills that include school choice as it relates to charter schools, perhaps some education savings accounts, and things that will help our students become more successful in the state.”

Carmichael also said the additional 5 percent pay increase for teachers and public employees — on top of last year’s pay raise — is still on the table.

“Anyone who says we’re not investing in public education is misinformed,” Carmichael said.

The Senate will also push for an intermediate appellate court, citing the recent passage of the constitutional amendment controlling Supreme Court spending as a way to control how much a new court would cost taxpayers.

Both Carmichael and Hanshaw are working together on several issues, including eliminating outdated and redundant boards, commissions, rules, and laws. Hanshaw said House staff are reviewing the rulemaking process and ensuring they’re not over-regulating business owners.

Another area that both legislative leaders said they are committed to working together on is broadband expansion. Last year, Hanshaw was the lead sponsor of House Bill 3093, which allows communities to create a co-op system to help provide broadband access to rural areas.

“Broadband expansion continues to be one of my personal priorities here in the House,” Hanshaw said. “That issue is so central to our education system, to our health care system, to the conduct of business. We need it. It’s a public utility and it’s just as important in doing business as any other part of infrastructure.”

Hanshaw also said that legislative leaders are looking for ways to eliminate the business and inventory tax, which has long been on the Christmas list of business leaders. Hanshaw said they’re working to figure out how to do that without hurting counties and school system that rely on the tax.

“We need to think long and hard about that and how we do it,” Hanshaw said. “We need to make it clear to all West Virginians that we are not out to raid our counties and we’re not out to raid our school boards. What we are out to do is to make West Virginia the most hospitable business climate we can conceivably make it. That means abolishing that tax.”

In closing, Hanshaw stressed that the state’s business leaders need to talk more about why they do business in West Virginia and why others should locate in the state.

“West Virginia is a great place to live, work, and raise a family,” Hanshaw said. “We want to make sure the rest of the world knows that. We’ve done a terrible job at messaging ourselves and our accomplishments and our goals — not just at the Legislature, but as a state — to the rest of the world.”

BIC has several priorities for the next legislative session. These include job impact statements for legislation that could affect businesses, renewed focus on community and technical college education, legal fairness, removing regulations that are more strict than federal regulations, and continued infrastructure improvements.