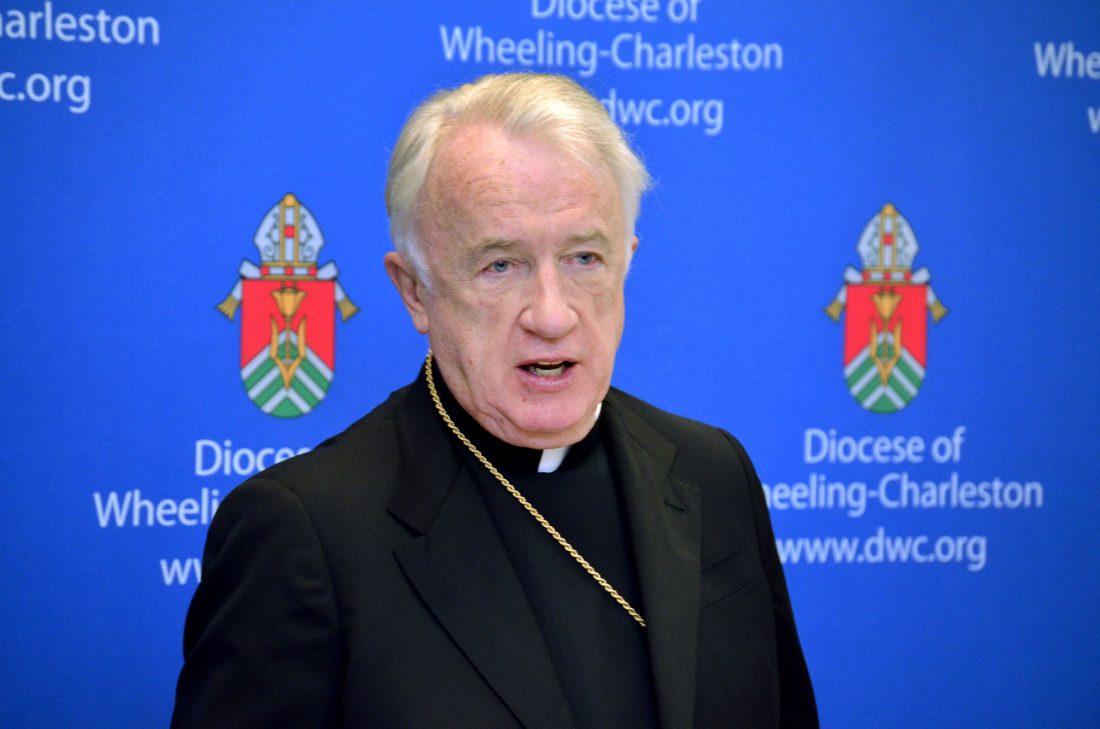 WHEELING — The Diocese of Wheeling-Charleston has filed a motion to dismiss a sexual harassment suit against former Bishop Michael Bransfield.

The civil court action filed Thursday in Ohio County Circuit Court denies accusations set forth in a complaint filed March 22 by a former altar server and secretary to Bransfield, identified only as “J.E.” in court documents. The plaintiff alleges he was sexually assaulted by Bransfield in 2014 and was a victim of sexual harassment by him for years prior to that.

The motion filed Thursday by the Diocese asks that all counts be dropped, in that the statute for all tort claims under state law is two years. The diocese also denies most of the complaint’s allegations in its request for dismissal.

“(The) plaintiff had two years from May 2014 to file his complaint,” states the motion, filed on behalf of the Diocese by attorney James Gardill of Wheeling. “Plaintiff did not file his complaint until March 22, 2019 nearly five years after the alleged event.

“Thus, the plaintiff did not timely file his complaint and it is barred by the two-year statute of limitations.”

The plaintiff J.E. does not state he had repressed memories of the incident that resurfaced, but instead states he was immediately affected by the alleged misconduct, according to the motion filed by the Diocese.

“It is apparent that plaintiff knew at this time of the alleged injury and, at a minimum, should have exercised due diligence and pursued his claim within two years of the event,” the Diocese’s motion states. The time period would have expired in May 2016.

In the initial complaint filed in March, J.E. is listed as a current resident of Pocahontas County, West Virginia, but was a resident of St. Clairsville when the alleged incidents took place between 2008 and 2014.

The defendants named in the suit are Bransfield, the United States Conference of Catholic Bishops, the Diocese of Wheeling-Charleston and numerous “John Does” associated with the diocese.

Details provided in the court filing allege Bransfield to be “a binge-drinker of alcohol, nightly consuming one-half to one whole bottle of Cointreau liquor, an 80-proof orange-flavored alcohol costing well over $20 a bottle.”

“Upon information and belief, defendant Bishop Bransfield was a sexual predator with lustful disposition toward adolescent males,” the suit states. “After being placed in a position of trust by defendants, Bishop Bransfield sexually abused, molested, fondled and assaulted J.E. and other adolescent and ‘adult’ males by, through and during his employment as Bishop with the Diocese of Wheeling-Charleston.”

In May 2014, J.E. traveled with Bransfield to Charleston, when an allegedly drunken Bransfield locked himself out of the parish. The suit alleges that once J.E. let Bransfield inside, Bransfield exposed himself to J.E., grabbed him and began to sexually abuse him.

J.E. broke free, and locked himself in a room on the other side of the parish until morning, according to the suit.

There are nine counts against the defendants listed in the lawsuit:

Count 2 alleges the diocese owed J.E. a “duty of care to effectively screen, monitor and supervise its clergy,” and that it had a special duty to act appropriately upon complaints.

Count 3 states “John Does,” as agents of the diocese, owed J.E. a duty in loco parentis to observe, investigate, report and take action on all inappropriate contact between altar boys and clergy.

Count 4 states all defendants were acting as agents of the Catholic church and Diocese of Wheeling-Charleston, and are liable for injuries to J.E. caused by his experiences there.

Count 5 alleges the diocese owed J.E. “a non-delegable fiduciary duty,” and recklessly and negligently exposed J.E. to Bransfield while knowing he was a sexual predator.

Count 6 alleges negligent hiring, retention and supervision by the diocese, while Count 7 alleges civil conspiracy among the defendants.

An eighth count states fraudulent concealment occurred among the defendants. And a ninth count alleges an infliction of emotional distress “atrocious, intolerable and so extreme and outrageous as to exceed the bounds of decency.”

Counsel seeks for J.E. a settlement in “an amount exceeding the minimum jurisdictional requirements of this court” to compensate J.E. “for his losses, injuries and damages.”