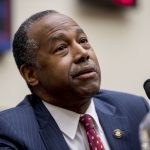 WASHINGTON — A dozen times, Rep. Ayanna Pressley asked the witness for a yes or no answer on housing policy.

Not once did Ben Carson, President Donald Trump’s housing secretary, give her one. Instead, he mocked her: “Yes or no, can you ask me some questions yourself and stop reading?” Other times, he repeated: “You already know the answer.”

It was a smaller pop in the epic struggle over who’s in charge in Washington these days, reflecting the dynamics crackling high and low across the battlefield of divided American government. Meeting by meeting, questions of competence, generational change, #MeToo politics, special counsel Robert Mueller’s report and the 2020 elections are animating the fight for power.

Even as Trump and his top Cabinet officials refuse to cooperate with congressional investigations, there is evidence that newly empowered Democrats are slowly — sometimes messily — resetting the balance after Trump’s first two years in office under Republican congressional control.

This week alone, a selection of skirmishes big and small played out in public, including a Trump-size explosion by noon on Wednesday. In the span of three hours: House Speaker Nancy Pelosi jabbed at him, telling reporters that “the president is engaged in a cover-up,” repeating for emphasis, “a cover-up” — and breezily added that she was due at the White House for a meeting on infrastructure.

On his turf, Trump blew up that gathering in under three minutes, refusing to shake anyone’s hand or take a seat. He announced he could not do such a deal “under these circumstances” of “phony investigations” — and stalked out. Pelosi then I-told-ya-so’d to the people still in the Cabinet Room: “I knew the president was not serious about infrastructure and would find a way out,” according to a Democratic aide.

By Thursday, she was questioning Trump’s fitness for office, describing a pattern of his unpredictability. She recommended “an intervention” by the president’s family and aides, and suggested he might want to take “a leave of absence.”

Asked whether she is concerned for Trump’s well-being, Pelosi replied, “I am.”

Trump seemed to know what was coming.

“I was extremely calm yesterday with my meeting with Pelosi and Schumer, knowing that they would say I was raging, which they always do, along with their partner, the Fake News Media, he tweeted a few hours earlier.

It’s more than a public shoving match between septuagenarians at the pinnacle of American government. The spectacle Wednesday took attention away from dissention among Pelosi’s Democratic ranks over what some say looks like a march toward impeachment proceedings against Trump. But more broadly, it’s part of an ongoing tug-of-war for public perception about who has political power now and who should wield it after the 2020 presidential and congressional elections.

In hearing by hearing, across the warren of Capitol Hill, a new generation of House Democrats, including a record number of women, are transforming what Treasury Secretary Steve Mnuchin last month called “this relationship” between the administration and, in his case, the House Financial Services Committee. There, Mnuchin tried to goad Rep. Maxine Waters , the panel’s first African American chairman, into banging her “gravel” and dismissing him. In a widely shared video, she told him not to tell her how to run the panel.

Mnuchin was back in the witness chair before her panel on Wednesday saying he has no idea who wrote a confidential IRS memo that says, according to The Washington Post, Trump’s tax returns must be given to Congress unless the president asserts executive privilege. Mnuchin said he believes he was following the law when he refused to turn over six years of Trump’s tax returns.

A day earlier, Waters’ committee also was a class in oversight for Carson, and a chance for Democrats to question the former neurosurgeon’s qualifications to serve as secretary of Housing and Urban Development.

Freshman Rep. Katie Porter, a California Democrat, lawyer and expert in foreclosure law, asked Carson whether he knew the housing term “REO.” Carson seemed to think she was referring to a popular chocolate sandwich cookie.

“No, not an Oreo,” Porter said. She spelled it back for him and asked again.

“Owned,” Porter corrected him. “Real estate owned.” She explained that the term, obscure to most anyone but housing experts, refers to what happens when a property goes to foreclosure.

Later, Carson later sent Porter and a family-size box of double-stuffed Oreos. She countered, “What I’m really looking for is answers.”

His exchange with another woman on the committee — Pressley — grew especially sharp.

“It pains me that your gifted hands and mine are doing the bidding and carrying the water of what I believe is one of the most morally bankrupt presidents in our nation’s history,” Pressley, Massachusetts’ first black congresswoman, began.

Quickly though, she demanded yes or no answers, “reclaiming” her time when he refused. When she pressed, he parried, “Reclaiming my time.”

“You don’t get to do that,” Pressley said.

Waters dropped the gavel. “The time belongs to the lady.”