Lori: Bishop’s Residence in Wheeling to Be Sold 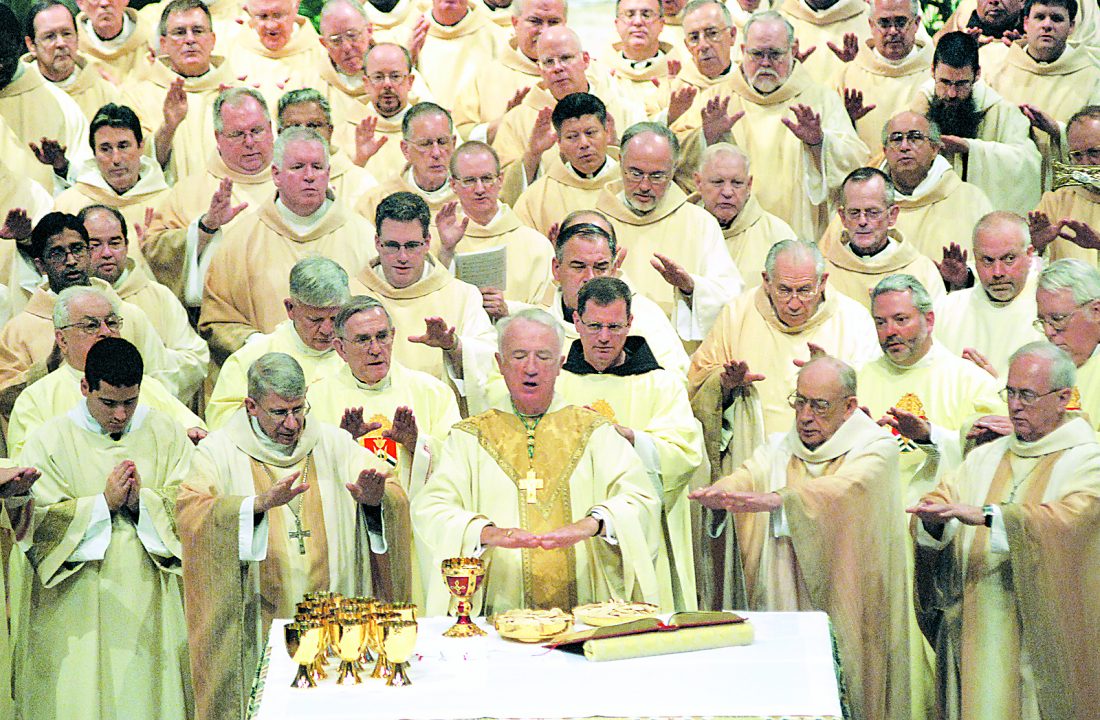 Michael J. Bransfield, center, the former bishop of the Catholic Diocese of Wheeling-Charleston, celebrates Mass at the Cathedral of St. Joseph in 2011. Bransfield retired in 2018 at the same time allegations surfaced that he had sexually abused adults. File Photo by Scott McCloskey

“The investigative report determined that during his tenure as bishop …, Bransfield engaged in a pattern of excessive and inappropriate spending,” Lori said. “The investigation found that … Bransfield initiated and completed extensive and expensive renovations to his private residences in both Wheeling and Charleston, as well as his intended retirement residence, the construction of which was halted at my request at the time of my appointment as Apostolic Administrator of the Diocese. The investigation further found that Bransfield misused church funds for personal benefit on such things as personal travel, dining, liquor, gifts and luxury items.

The home originally belonged to William Weiss, a founder of the Sterling Drug Co. The late Bishop Joseph Hodges purchased the home in 1963 from The Linsly Institute for $63,000.