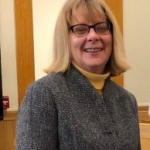 Delegate Joe Canestraro, D-Marshall, also an assistant prosecutor in Marshall County, said he will enter the race the next year. The move would open up his 4th District House seat.

Also indicating a run for Marshall County prosecutor in 2020 on the Democratic ballot is attorney Brent A. Clyburn of Moundsville.

Candidates for all offices on the ballot in West Virginia in 2020 cannot officially file for office until election filing season, which takes place Jan. 13-25, 2020. The primary election is set for May 12.

Wade, 57, cited age and “personal reasons” as to why she doesn’t want to seek re-election next year.

“It’s a great job, and I love serving the people of Marshall County — but I’ve been doing this since 2005,” she said of her time working in the prosecutor’s office. “I would like to do something else now — maybe nothing as harsh as dealing with sex offenders and abused children.

“But I’m glad I had the opportunity to do it.”

Wade hasn’t decided yet what her next direction will be, but she doesn’t think it will be running for another elected office.

She said she cannot endorse a candidate to be her successor as prosecutor.

In a released statement, Clyburn describes himself as a lifelong Marshall County resident who has “enjoyed a decade plus career in the practice of law, handling over 1,200 criminal matters in that time.”

“I like to think I bring a particularized skill set to the office, which will greatly serve the citizens of Marshall County as our community continues to grow, evolve and take on challenges presented in the 21st century,” he said.

Clyburn said cyber crime, the escalating drug trade and “fractured personal relationships leading to some sort of violence” are all too prevalent in Marshall County.

“I’m all too familiar with such trends here in the community, and I think I can enforce a positive change in the face of all that.”

He said he has been identified by the National Trial Lawyers Top 100 as one of the Top 100 criminal practitioners in the State of West Virginia. Clyburn has practiced in circuit and magistrate Courts throughout the Ohio Valley, as well as before the West Virginia Supreme Court of Appeals.

Canestraro said his decision to run for prosecutor instead of seeking re-election was a difficult one “that comes after months of prayer, lengthy discussion with my co-workers, (and) closest confidants, and most importantly the unconditional love and support of my family.”

He has served as an assistant prosecutor in Marshall County since 2006, and has been employed by the prosecutor’s office since 2001.

“I have tried over 25 criminal jury cases in my 12 years serving as an assistant prosecutor, and have presented cases to the Marshall County grand jury for the past six years,” Canestraro said in a written statement. “I’m proud of my record of having tried the most cases to a jury of all active prosecutors in the county. It demonstrates that I’m not only willing, but it’s also proof I can be counted on to go in to the courtroom and fight for justice for the residents of Marshall County.”