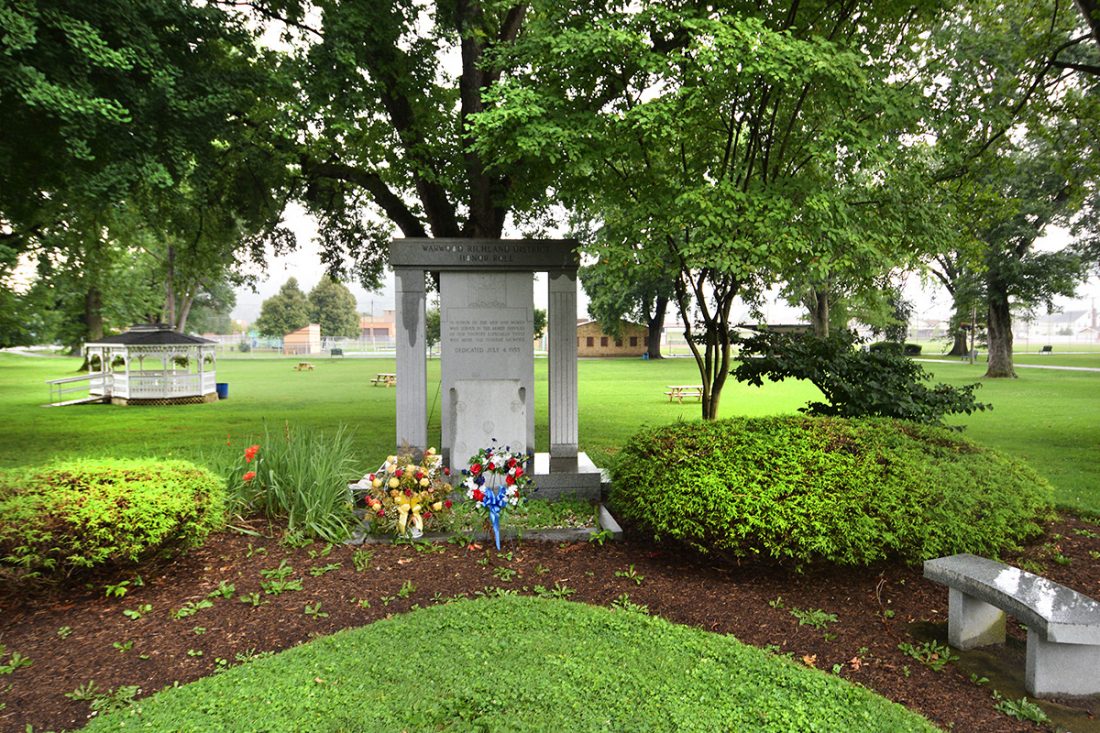 Shown is Garden Park in Warwood, a neighborhood in Wheeling that may soon be added to the National Register of Historic Places.

WHEELING — Warwood is on its way to becoming a nationally-recognized historic district.

Wheeling Heritage recently selected a firm to conduct an architecture and history survey of the Wheeling neighborhood, and work is expected to begin sometime this week, the organization announced Tuesday.

The goal of the survey, which will include analysis of 1,400 properties across the 2,855-acre neighborhood, is to collect the information needed to add Warwood to the National Register of Historic Places.

Wheeling Heritage chose the Columbus-based archaeology services firm Weller and Associates to conduct the survey, and it expects the work will be completed by early spring next year.

The project is being funded by a Survey and Planning Grant from the West Virginia Historic Preservation Office, provided to Wheeling Heritage in partnership with the Wheeling Historic Landmarks Commission.

If added, Warwood would join 11 other Wheeling neighborhoods already on the National Register, a list of places recognized by the National Park Service as historically important and worthy of preservation.

The designation also provides a number of incentives for property owners that would in turn benefit Warwood, said Chad Thalman, vice mayor and city councilman representing Ward 1, which encompasses the neighborhood.

For example, a homeowner renovating a house listed as historic can apply for state residential historic tax credits, at 20 percent, or a developer looking to rehabilitate an industrial building for commercial use could utilize state and federal incentives, at 25 and 20 percent, respectively, Thalman said.

“Some of the historic houses and architecture in Warwood are often underappreciated,” Thalman said. “Becoming a historic district will help assure some of these structures are maintained and preserved for future generations. Property values tend to increase in historic districts as these neighborhoods are typically seen as desirable places to move into.”

Sweeny said adding a historic district would only have positive impacts on Warwood.

“There is no downside,” Sweeny explained. “Being part of a historic district is like a badge of honor. It shines a positive light on a community, and it opens the door for preservation incentives.”

The neighborhood was named for the Warwood Tool Company, which relocated there from Martins Ferry in 1907. Henry Warwood, a British immigrant, founded the company in 1854.

In 1911, the town of Warwood was formally incorporated, and Wheeling formally annexed the town in 1920 as part of the “Greater Wheeling Movement,” according to Wheeling Heritage.

Margaret Brennan, Wheeling historian and Warwood resident, said she is happy to see her neighborhood receiving such attention.

“Warwood is a great place to call home,” Brennan said. “It’s a strong family neighborhood with a unique blend of architectural styles that deserve study and appreciation.”

Meanwhile, South Wheeling is set to become the next Wheeling neighborhood added to the National Register, as it now only needs final approval from the National Park Service. Wheeling Heritage expects the South Wheeling Historic District to be approved within a month, said Alex Weld, program and outreach manager.