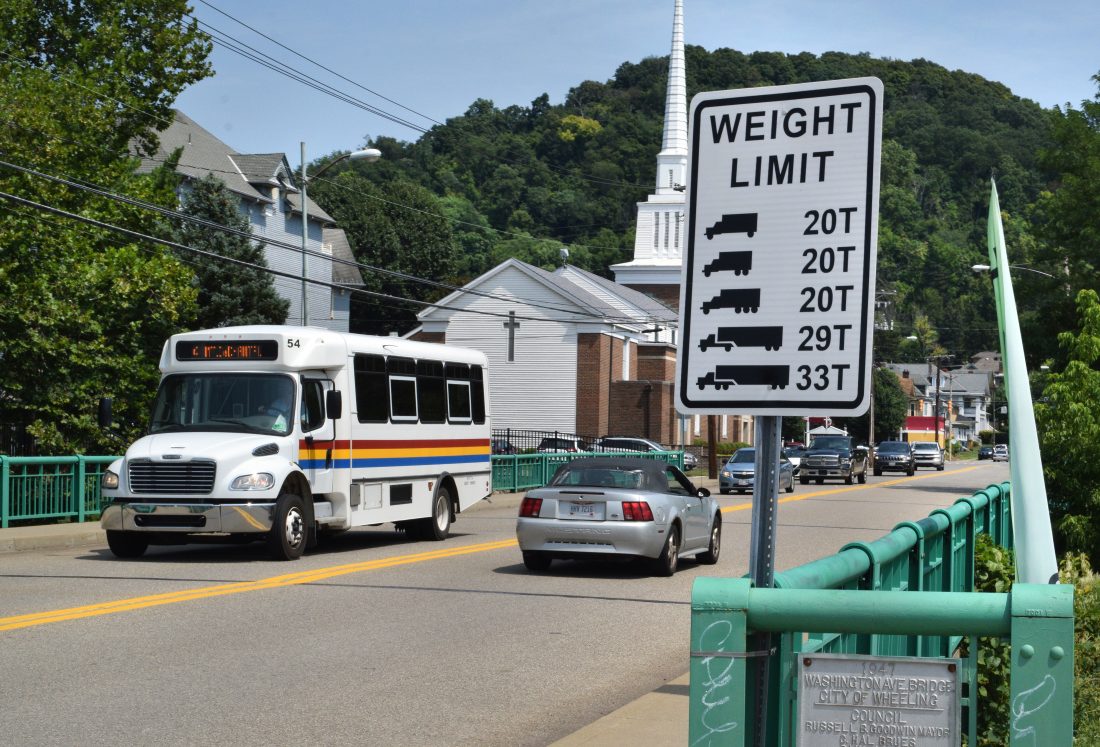 WHEELING — Downgrading the weight limit of the Washington Avenue Bridge in Wheeling is expected to cause logistical changes that will also increase travel time for many large trucks and buses that regularly use the aging span.

City officials announced this week that the weight limit on the bridge, which spans Big Wheeling Creek, is being lowered to five tons, or 10,000 pounds, effective this Monday following a state inspection by the West Virginia Division of Highways.

The bridge currently has a weight limit between 20 and 33 tons, depending on the vehicle.

Local officials with the Wheeling Fire Department, Ohio Valley Regional Transportation Authority, and Ohio County Schools said the reduction in weight limit on the span, which was constructed in 1947, is causing the need for rescheduled fire truck and bus routes in that area of the city.

Wheeling Fire Chief Larry Helms said while the reduction will not affect any route’s of the department’s EMS and ambulance services, it will affect the department’s engine and ladder trucks that need to respond to addresses on the south side of the bridge.

“Basically what we are doing is adding another engine company for fire related calls,” Helms said, while speaking about covering the Washington Avenue area. “So it will put two companies coming from the south end of the bridge. … It’s definitely going to potentially increase our response time to that area.”

She said it will affect their agency since an OVRTA bus travels across the span every 30 minutes during the day. Weishar said they have to figure out where a bus traveling on the south side of the span will be able to turn around. She said they will have to obtain permission to turn a bus around on a private lot, like the plaza. She said they may not be able to service the entire length of Washington Avenue once the limit is put into effect and they will continue to look at different options for servicing the area.

“Now we have to turn around down in Pleasanton,” he commented.

Mayor Glenn Elliott said the bridge is in need of structural replacement, and the DOH has estimated the cost of the work to be about $7.4 million. The bridge is eligible for the WVDOH’s Off System Bridge Program, which could provide state funds for up to 80% of the cost of such bridge work.