Justice to Wheeling University: ‘Not Closing On My Watch’ 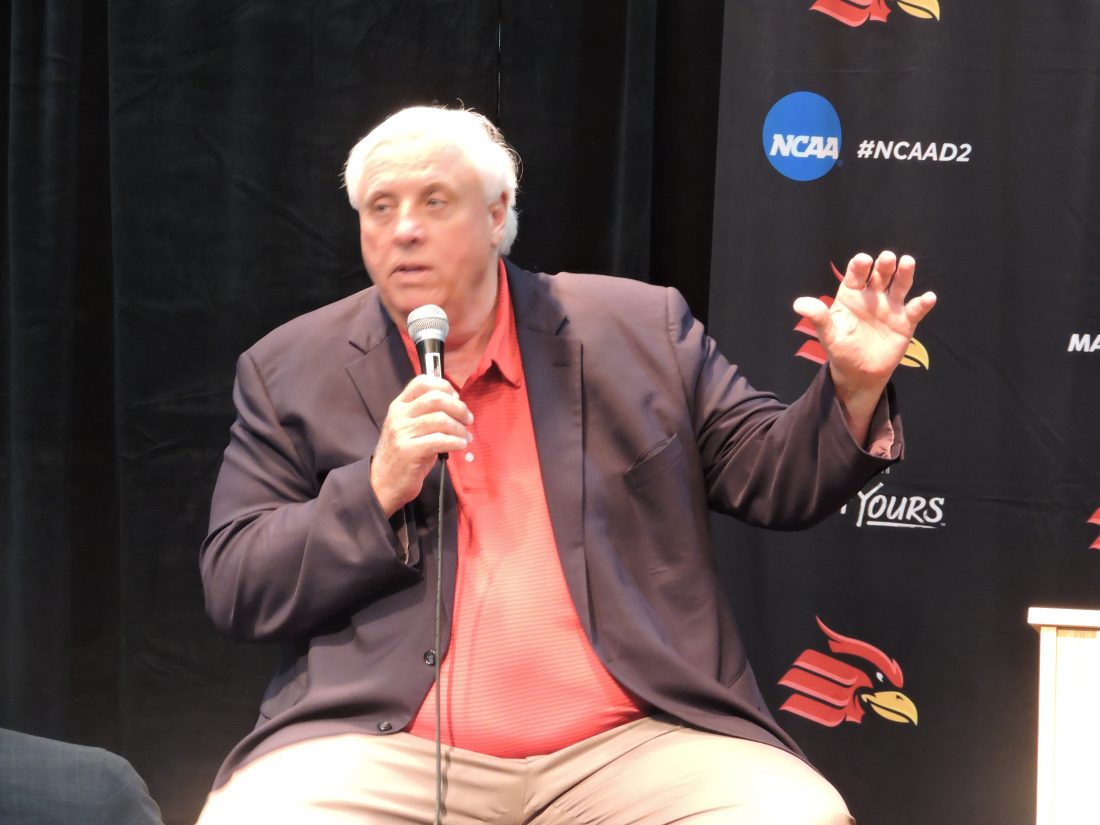 WHEELING — Gov. Jim Justice and other state and federal representatives delivered a singular message Tuesday to the students of Wheeling University: “We’re not going to close this school.”

Justice referred to ongoing administrative issues and the university’s mounting financial problems as “boogers in the closet (to) clean up,” but said the institution has numerous capable allies including the Diocese of Wheeling-Charleston and U.S. Rep. David McKinley, R-W.Va., as well as the Wheeling city and Ohio County governments and himself.

“You’ve got a lot of people from your diocese to your great congressmen, to your governor, to the great people working in your administration working here in the community … ,” Justice said. “If you put the pieces of this puzzle on a table … there’s nobody better in the world than me to figure it out. But if you put no pieces of the puzzle down, I’m terrible. If there’s no hope, I’m terrible, but if there’s a light at the end of the tunnel … then I’m pretty tough.”

“It’s a closing that could affect 1,200 jobs. It’s unbelievable. We’ve got to some way tackle that issue and stop them closing as well,” Justice said. “We’ve just got to solve the riddle.”

McKinley was present during the 30-minute press conference Wednesday evening and said he had been watching the trajectory of Wheeling University for almost eight years as a politician, and much longer casually. He noted that he, as well as many close friends and family members, attended the institution.

“We’re not going to let this thing close on our watch. It’s not going to happen. I didn’t go to Washington to see something decay in my backyard,” McKinley said. “Jim Justice has a way of cutting through the jargon. … If something is good for the people, let’s make it happen. Let’s save this institution. There’s history here. There’s something very powerful here. We know this man is going to be instrumental in making this happen.”

Joining the elected officials was Sarah Tucker, interim chancellor of the West Virginia Higher Education Policy Commission. Earlier this week, Justice sent a letter to Tucker, pledging his support to keep the university open and asking the commission to do “everything in (its) power” to keep the school in operation.

“Wheeling University has a very long-standing history of serving students in this region, and all we all want to do is make sure this institution is successful,” Tucker said. “Our shared goal … is to ensure the best outcomes humanly possible for our students, and we can be successful as long as we make those students a priority.

“The governor and congressman have worked very closely with Wheeling University and the diocese to make sure the school has the resources they need, and the commission looks forward to working with them,” Tucker added.

Justice concluded the meeting by having photos taken with many of Wheeling University’s athletes, at their request.

Wheeling University, until recently known as Wheeling Jesuit University, has faced serious financial issues in recent months, declaring “financial exigency” in March. Earlier this month, the Diocese of Wheeling-Charleston announced a gift of $2 million, amid a reorganization of the school’s administration.