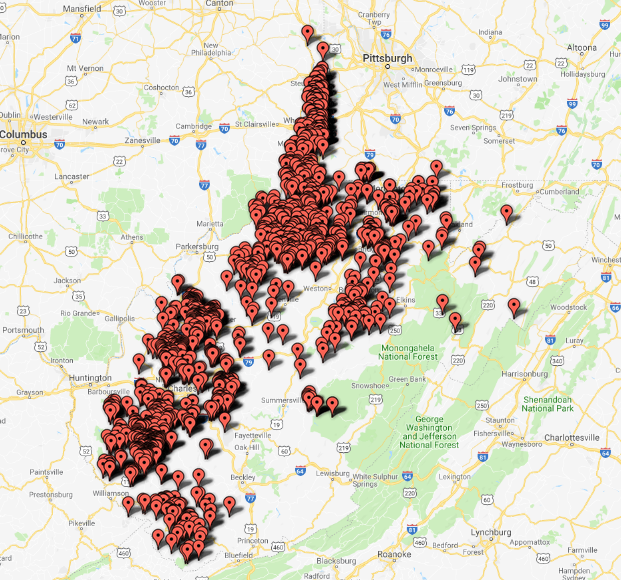 Oil and natural gas production across the state hit record numbers in 2018, with Marshall and Ohio counties leading the pack in oil production.

According to a release by the W.Va. Oil and Natural Gas Association, oil production grew nearly 60 percent, from 7.5 million barrels to 12 million in 2018. That is the most oil produced in West Virginia since 1900, when the state produced 16 million barrels, according to Anne Blankenship, executive director of WVONGA.

“One of the primary reasons West Virginia is enjoying an historic budget surplus is because of the prolific rise in natural gas and oil production,” Blankenship said. “Rising production results in higher severance and property tax receipts, which help fund critical services like education, road improvements, and health care, while also creating more jobs for West Virginians.”

Other Northern Panhandle counties also appeared on the top ten list, with Brooke, Tyler and Wetzel counties being the third, fourth, and seventh most productive in terms of oil. 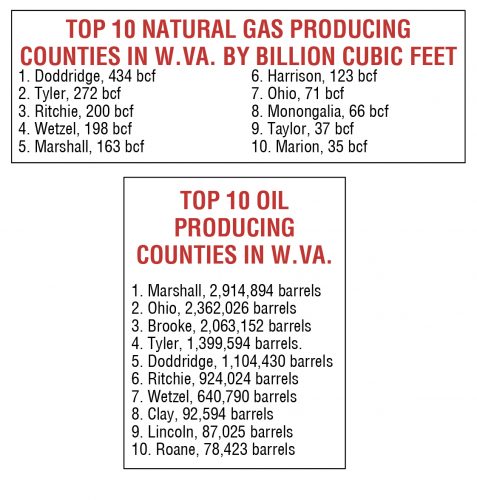 While Blankenship did not have specific information on what led to the increase in production, she said that advances in drilling and extraction technology have dramatically improved production of both oil and gas.

“We continue to increase more because of advances in technology. It allows fewer drillers to produce more gas, generally, across the board,” Blankenship said.

“To put this monumental volume of gas production into context, the average West Virginia household consumes about 72,000 cubic feet of natural gas per year,” she added. “We produce enough gas in one day to meet the needs of all West Virginians (for a day).”

Much of the gas is exported across the country for use and refinement, she said, and the WVONGA would like to see more of the products being kept within the state.

“It’s exclusive of just last year, but a lot of it is being exported,” she said. “We need to create more end usage within West Virginia, and that’s what we’d like to see, so we can keep it here, but at this moment a lot of it is going out-of-state.”