CRAIG HOWELL For The Intelligencer 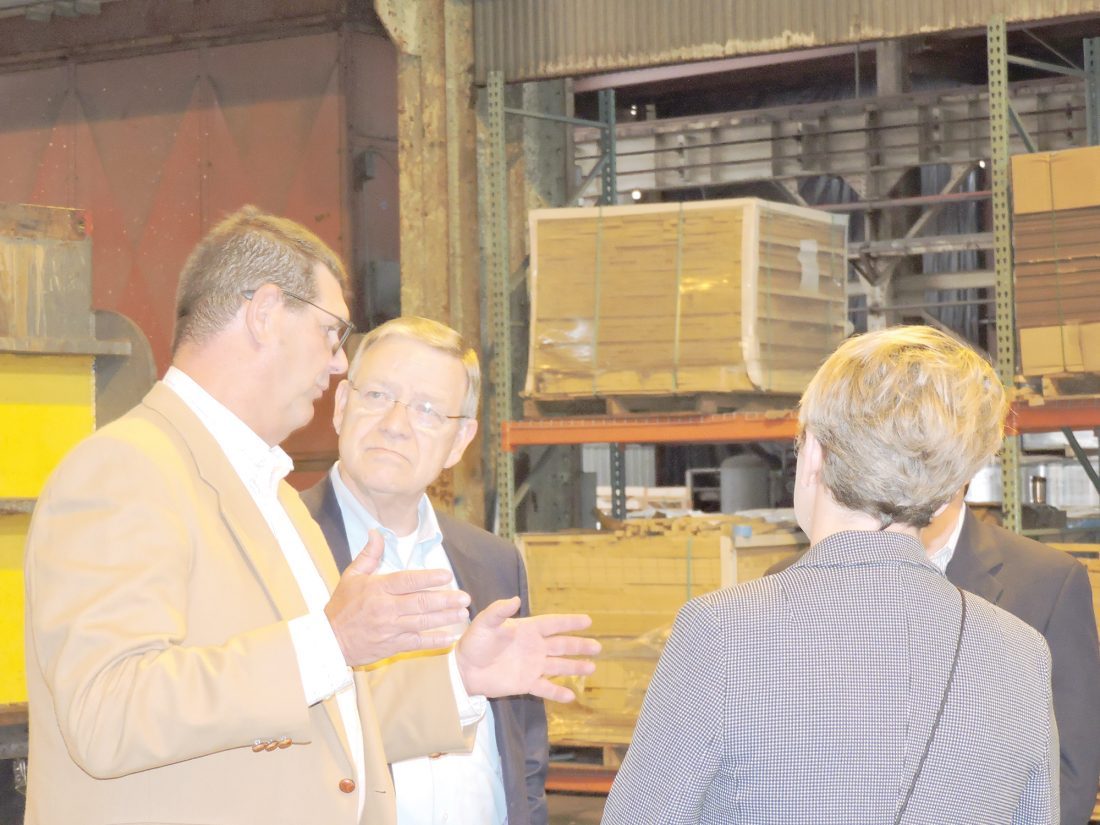 BEECH BOTTOM — West Virginia’s secretary of commerce wanted to see for himself some of the industrial successes which have taken root in the Ohio Valley.

Ed Gaunch, who stepped into the position in January after being appointed by Gov. Jim Justice, visited Brooke and Hancock counties Thursday as part of what he called a “celebratory tour” of the state, meeting with local leaders of business and industry.

Gaunch said he was impressed by the growth in the Northern Panhandle in recent years, noting while the steel industry has decreased, new industries are coming to fill the void.

“It’s like a renaissance for the area,” he said, following a tour of the Jupiter Aluminum facility in Beech Bottom.

Today, it has more than 50 employees and operates three work shifts.

The company has invested more than $12 million into the Beech Bottom site, with plans for continuing growth.

“We plan to continue to be a long-time producer,” Kenealy said.

Jupiter Aluminum is one of about a half-dozen tenants in what is now known as the Beech Bottom Industrial Park, redeveloped by the Business Development Corp. of the Northern Panhandle.

Beech Bottom Mayor Becky Uhlly noted there had been a lot of concern when RG Steel declared bankruptcy and closed the plant in 2012, but Jupiter’s operations have eased those concerns and replenished any lost tax revenue.

Gaunch also said it is important to remember those operations which have called West Virginia home for many years, balancing that with attracting new opportunities for growth.

“We spend so much time recruiting new businesses,” Gaunch said. “We can’t lose sight of the industry we already have.”