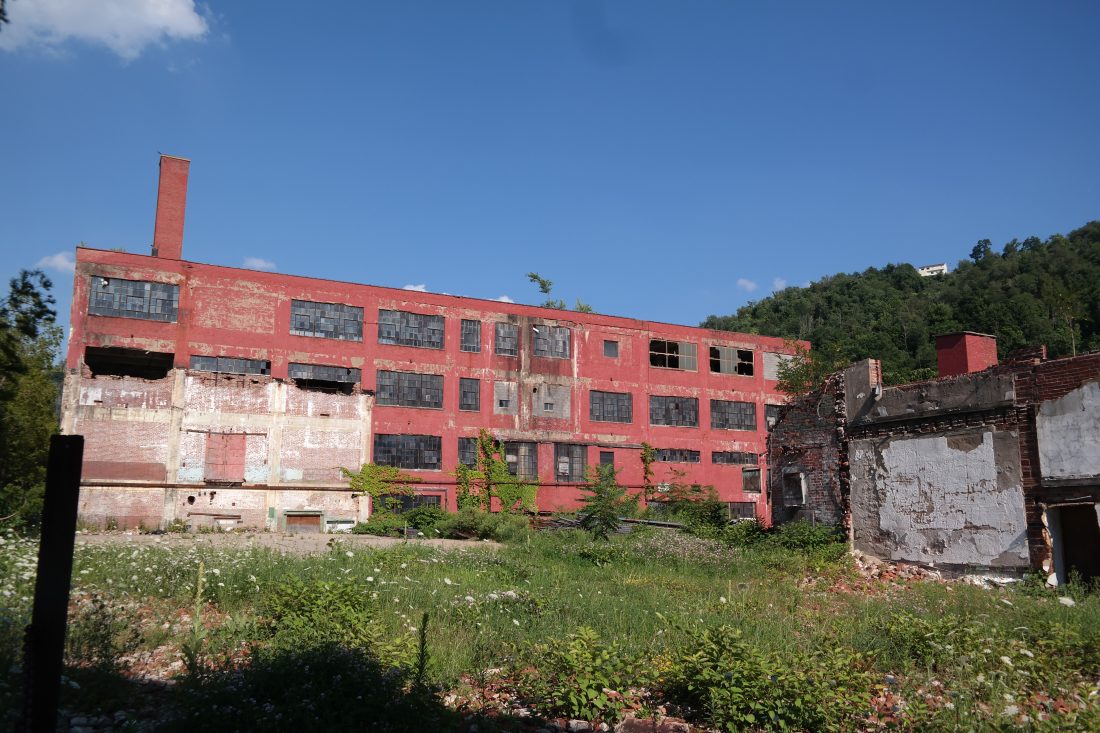 The proposed public safety building would be built at the site of this vacant warehouse on 19th Street in Wheeling.

WHEELING — City officials already have plans in place for what comes next if Wheeling City Council votes to enact a user fee during its meeting tonight.

Council is expected to vote on an ordinance to enact a $2 city service fee, which would function as a tax on all people who work in Wheeling’s city limits, at its meeting at 5:30 p.m. today in the City-County Building.

If the ordinance passes, $1 of the fee would generate money for improved public safety facilities for Wheeling’s police and fire departments, while the other $1 would fund infrastructure improvements, Mayor Glenn Elliott said.

To put the fee in place, City Council would work during the fall to implement a plan for the fee that would go into effect Jan. 1.

In addition, Wheeling Finance Director Seth McIntyre would provide regulations for collecting the service fee to employers in the city to give “as much advance notice as possible before the Jan. 1 effective date,” Elliott said.

Meanwhile, the city’s primary focus remains on negotiating the purchase price of property for a public safety building, City Manager Robert Herron said Monday. The proposed building, which would be built at the site of a vacant warehouse on 19th Street, would cost $14.5 million and be funded by the user fee, if enacted.

Initially, the proposed purchase price for the property was $534,000, several times higher than the most recent appraised value by the Ohio County Assessor’s Office. However, officials have maintained that the price, negotiated by consultants at the Regional Economic Development Partnership, isn’t final.

Herron said the city is currently negotiating with property owner Americo Inc., owned by Wheeling resident Frank Calabrese, and undertaking due diligence on the property. Recently, Wheeling completed asbestos inspections and a Phase I Environmental Site Assessment on the property. The city also plans to have the property appraised independently and “with all factors considered,” Herron said.

“City staff has recommended the 19th and Jacob Street location because of its large footprint and geographic centrality. It also affords us an opportunity to remove a blighted building from a gateway into Downtown,” Elliott said. “The main issue with that site is the proposed sale price, and we are seeking a third-party appraisement before any next steps with that property. In the meantime, we will continue to explore other options.”

If the city reaches an agreement regarding acquiring the 19th Street property, council would then have to approve the purchase by passing an ordinance, Herron said.

“Before bringing any final project decision to City Council for a vote, we would have an agreed-upon purchase price along with reasonable estimates of any demolition and/or environmental remediation costs,” Elliott said.

If that ordinance is approved, council would then consider a series of other ordinances in order to make the public safety building a reality. Such ordinances would involve authorizing architectural and engineering services, demolition, construction and a bond ordinance, Herron said.

If the user fee is approved and a purchase price agreed upon, the approval process for the public safety building could begin “over the next several weeks,” Herron said.

In addition, council would direct Herron to move forward with a comprehensive infrastructure improvement plan to start in 2020, Elliott said.

“One obvious need that is imminent is the Washington Avenue Bridge, which is owned by the City and is in need of structural replacement,” Elliott said.

The city announced Monday that the weight limit on the bridge over Big Wheeling Creek is being lowered to five tons, or 10,000 pounds, effective Aug. 26, following a state inspection by the West Virginia Division of Highways.

The DOH estimated work on the bridge to cost $7.4 million. The bridge is eligible for the DOH’s off-system bridge program, Elliott said, which provides state funds for up to 80 percent of the cost of such bridge work. Elliott said the city is working closely with the Central WVDOH Engineering Department to secure state funds, but Wheeling would still be obligated to pay up to $1.5 million for its 20% match. The city would be able to use $500,000 in oil and gas lease proceeds currently unaccounted for, with an additional $700,000 expected later this year, Elliott said.

“Having the service fee in place would close the gap on funding for that project as well as set the stage for various other street paving projects and bridge enhancements throughout the city,” he said.